British developer Frontier have announced that Jurassic World Evolution has sold over one million copies across all platforms since its release last month. This figure includes sales of both physical and digital copies.

Speaking to GamesIndustry.biz, Frontier CEO David Braben was quoted as saying the following:

“We are really pleased with Jurassic World Evolution and are delighted to have crossed the 1 million unit threshold so quickly…There is no doubt that initial sales have benefited from the worldwide awareness created by the film release, but it’s the quality of the game that’s really important and I believe our team have done a terrific job in creating a game that a wide range of players are now enjoying around the world”.

Seeing as Jurassic World: Fallen Kingdom has currently grossed over $1.1 billion dollars in theaters, it doesn’t come as much of a surprise that its video game tie-in would also be a huge hit. And although it’s only been available for less than two months, Steam have also added Jurassic World Evolution to their Platinum list of bestselling games of 2018, alongside PlayerUnknown’s Battlegrounds, Far Cry 5, Kingdom Come: Deliverance, and of course, Grand Theft Auto V.

Jurassic World Evolution was made on a production budget of £8 million (around $10.51 million when converted to US dollars), and although this does not include marketing costs, it’s still a somewhat modest amount when you consider the insane sums of money it usually costs to develop a major release video game these days. Universal, who own the Jurassic Park franchise, worked closely with Frontier throughout the development process to ensure that they would give fans the most authentic experience possible, and the actors Jeff Goldblum, Bryce Dallas Howard, and B. D. Wong, also reprized their roles from the film series in the game.

If you still haven’t played Jurassic World Evolution and you’d like to get a taste of what it’s like to run a theme park filled with dinosaurs, click the icons below to make all your dreams come true. 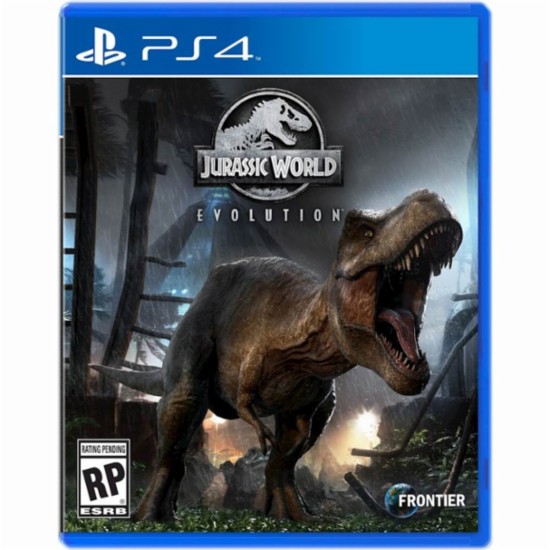