Raising a dinosaur was never going to be a simple task. Here are some tips and tricks for keeping on top of your dino's needs, and keeping them happy.

For any Jurassic Park fan, it was a glorious day when Jurassic World: Evolution launched. The game allows you to build your own park, breed your own dinosaurs, and you need to try to avoid repeating the same disasters as seen in the films. However, that's a lot easier said than done, and there are tons of things that you need to think about whilst building your parks.

10 - Make Sure You Budget For Your Dinosaurs

Dinosaurs are by no means cheap to breed and they only become more expensive once they've successfully reached maturity. There are no guarantees that once you pay to incubate a dinosaur in the Hammond Creation Labs, it will actually hatch. Sometimes the dinosaurs will fail to incubate and you will have lost your money. You should make sure you have enough money to cover yourself if this does happen.

The feeding costs of each dinosaur mount up and though different species eat different amounts, they will all cost you extensive amounts of money each day. This is why it's important to budget for breeding and feeding your dinosaurs because, at the end of the day, you are trying to run a business and some dinosaurs are more difficult to obtain than others. You need to make sure you're making a profit and not going bankrupt for a Triceratops.

9 - Have Plenty Of Ranger Teams 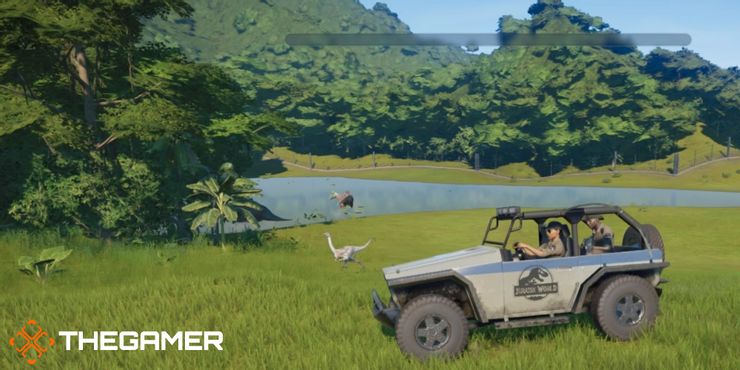 Ranger Teams are a building that you can find under the Operations section of the side menu. They cost a lot to build but they are essential to maintaining healthy and happy dinosaurs. Also, they can come in handy when you have to deal with an escaped dinosaur, as they can work alongside the ACU team to round them up.

Rangers can be assigned tasks, or you can drive the team yourself if you want to explore your park from a different angle. They can refill the feeders for your dinosaurs and more importantly, they can medicate them when they are sick. As your park expands and you get more exhibits, it's easier to take care of the dinosaurs' needs if you have many Rangers.

8 - Be A Smart Scientist 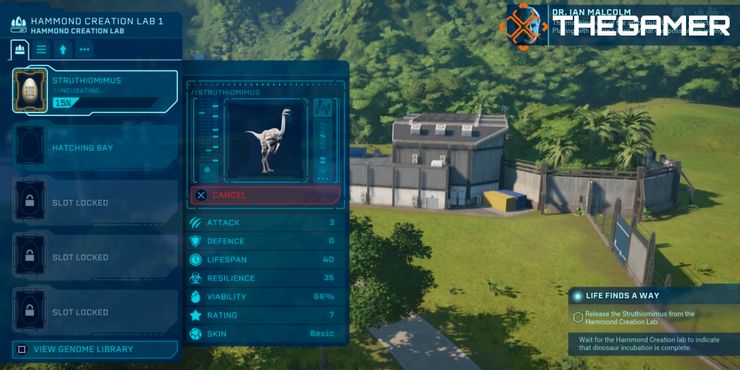 One of the coolest features of the game is that you can fiddle with the genetics of dinosaurs before you start the incubation process. Often, this will become a trade-off situation, so you can have a dinosaur with a cool pattern on it but it reduces how likely it is for that specimen to hatch. Breeding will cost you a lot of money and fiddling with genetics can cost you your investment.

This is why you need to be smart when you're doing this. In the screen where you can alter their genetics, you will see statistics at the bottom of the screen and the Viability one is the main one to focus on. If your genetic wizardry causes this to be very low, it may be time to reconsider your plans.

When a dinosaur gets sick, you will be notified about it and you should ideally get your Ranger Team to attend to them quickly. Whatever illness the animal has contracted, it can spread quickly to other species that are vulnerable to it too - and if you leave it too long then it can kill off your dinosaurs entirely. 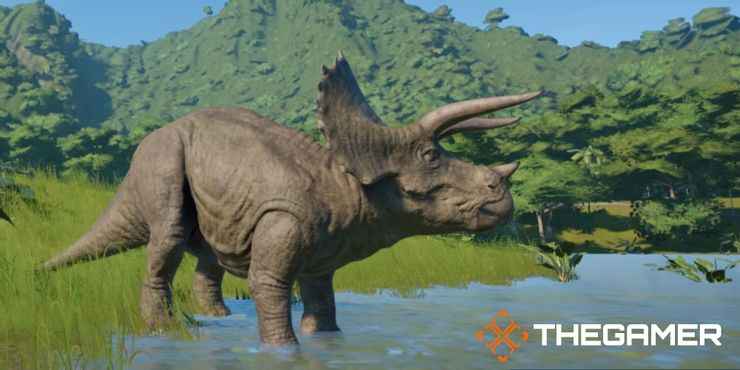 This may seem obvious, but when you're building a habitat for your dinosaurs then you need to remember that every single species needs a source of water. The water needs to be accessible for them too, so don't place it overlapping the fences of your enclosure, as they need a good amount to drink.

Thirst will affect the dinosaurs far quicker than hunger will, and this can kill them very quickly if you don't rectify it. Some species will need more water than others to be comfortable in their enclosure but all of them need it in some form.

5 - Give Them The Appropriate Feeding System 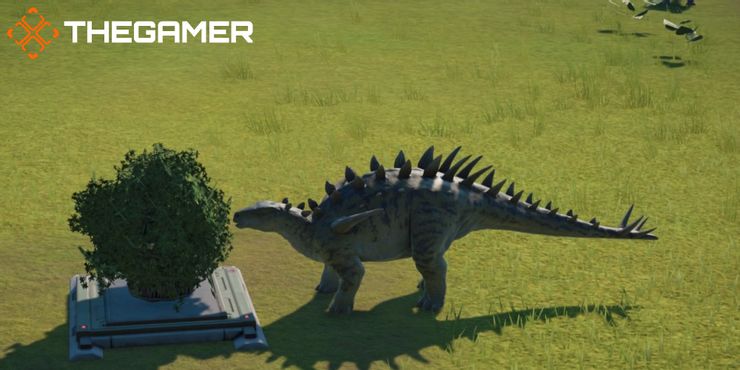 When you are creating the enclosure for your chosen dinosaurs, it's important that you provide them with enough food - but also the correct type of feeder. There are Herbivore Feeders, Carnivore Feeders, and Fish Feeders. Within these three categories, there are different types of feeders that you can install, and which one you need will depend on which dinosaur you have.

Dinosaurs such as Edmontosaurus will need a Ground Herbivore Feeder but Diplodocus will need a Tall Herbivore feeder. The same applies to Carnivores - some will be happy with a normal feeder, but some like the Velociraptors will enjoy the Live Bait feeder more. It's down to you to figure out which ones that your dinosaurs need.

4 - Watch Out For Them In Storms

Some Islands are susceptible to serious Tropical Storms and as well as damaging buildings, they can make the dinosaurs misbehave. Any naughty dinosaur is dangerous but a naughty Carnivore is even worse. Often, if your Island experiences a Storm, then it's the Carnivores that will start smashing their fences to try to get out.

One of the biggest types guilty of this is the Velociraptors, as they're intelligent and just badly behaved in bad weather. When a dinosaur gets out, it can cause problems for guests but it can end up in another enclosure and get itself hurt as well. This is why it's important to use your ACU Helicopter to keep an eye on your dinosaurs during a Storm and to tranquilize them if necessary. If they really cause problems then you can always sell them.

3 - Make Sure They Have Enough Space 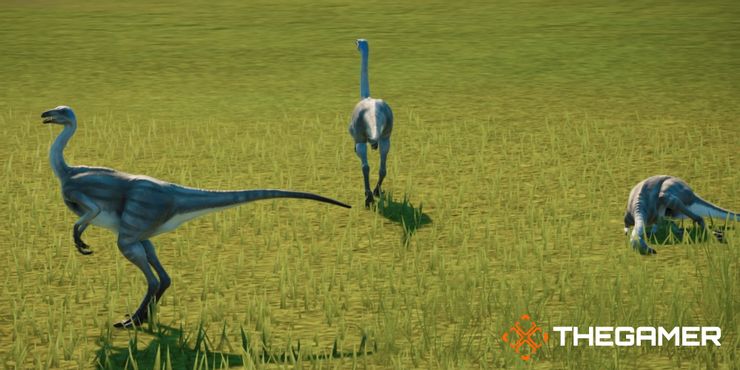 We all like having enough space to walk around so why think that dinosaurs are any different? They're massive creatures, so it's logical that they need a lot of space to be happy. Some species are hard to obtain, but all of them need space. You need to make sure that your chosen species have enough space to roam around in. This is extremely important if you have an enclosure of mixed species.

If a dinosaur isn't comfortable in their environment, then they can start to lash out and break the fences to escape. This is a headache that's easily avoidable before the fact, as an escaped dinosaur will lower the star rating of your park and it takes a while to recover from that.

2 - Be Careful When Mixing Species

Unless a Contract needs you to do it or you're looking to create a chaotic park, it's advisable to not mix Herbivores and Carnivores in the same enclosures. They can have separate enclosures side by side, but try not to have them in the same one as it often spells disaster and dead dinosaurs.

However, you have to be careful when mixing any dinosaurs, even if they're of the same eating habits, as some just do not like having company from other species. Ceratosaurus can and will kill any smaller carnivorous dinosaurs that are mixed in with it if they feel like it.

1 - Pay Attention To Their Statistics

When you click on a dinosaur you will see a small menu appear on the left-hand side of your screen and the front page of this will be the statistics for that specific animal. This gives you important information such as the animal's comfort level and if the environment suits their needs, such as if the amount of Forest that is present is enough for them.

If you monitor these statistics then it will become far easier to understand the needs of your dinosaurs and how you can make simple, small changes to their habitats to improve their well-being. These statistics are the key to helping you raise healthy and happy dinosaurs.

Is the Jurassic Franchise Headed Back to the Stone Age?

There are plenty of things to see and do in...

Giant Ammonites Once Thrived on Both Sides of Atlantic

Altirhinus was an ornithischian dinosaur...