Jurassic World Evolution: 10 Mods For The Game You Have To Try | Paleontology World

Jurassic World Evolution: 10 Mods For The Game You Have To Try

Jurassic World Evolution places players in the position of running the park, and these mods add some fresh, new takes on the experience.

Building and designing a theme park full of dinosaurs can be a fun and challenging experience in Jurassic World Evolution. There are plenty of dinosaur species to unlock and discover, charters to complete, and tourists to please.

For players who find themselves exhausting everything the vanilla experience can offer or who simply want some additional flavor, mods are a great way to enhance the experience. There are a wealth of mods for this game, and here are some really interesting ones players should consider.

The Experimental Feathered Raptors mod by Demansia makes raptors more interesting by giving them feathers. The core body of the raptor remains unchanged, but their arms, tail, and back of their head will have clusters of feathers.

The mod doesn’t give them flight or anything chaotic, it’s simply a retexture of the raptors in-game. For some players it can be a cool peak at the evolution of these creatures. For others it gives one of the best dinosaurs in the game a unique appearance. 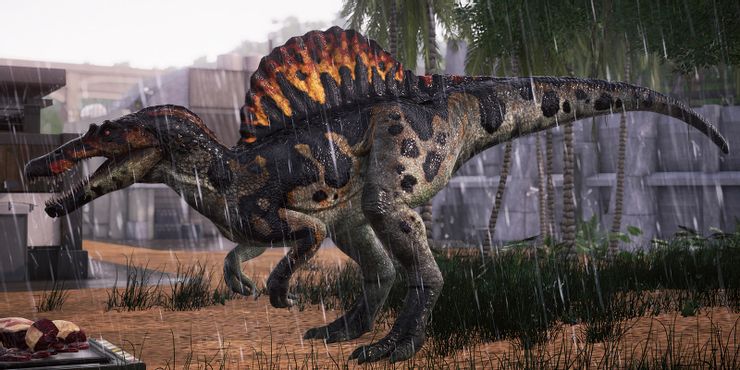 The Magma Spinosaurus mod by IndoraptorPrototype replaces the skin of the Spinosaurus with a new look. The Spinosaurus now has a fin with black, red, and golden colors to give it a magma aesthetic.

The skin on top of the dinosaur near the fin makes it look like magma is bubbling up from the creature’s back and spilling across its body. It’s a neat aesthetic that makes the Spinosaur a main attraction of the park.

The Environment Re-Work mod by DANNYBOB is a complete retexturing of every environment available in the game. According to the author of the mod the environment felt rather “dull” so they added more detail and coloring to give everything more life.

The mod adds things like Fallen Logs, changes the sand to look more like a desert, and changed rocks to actually have formations than be misshapen lumps. The result of this mod is more vibrant and colorful environments for the dinosaurs to roam around in.

The Jurassic Park Expansion Pack mod by Lucca is an ambitious one. The author went through and retexturing or remodeled the dinosaurs in the game to resemble their movie counterparts across the original series. 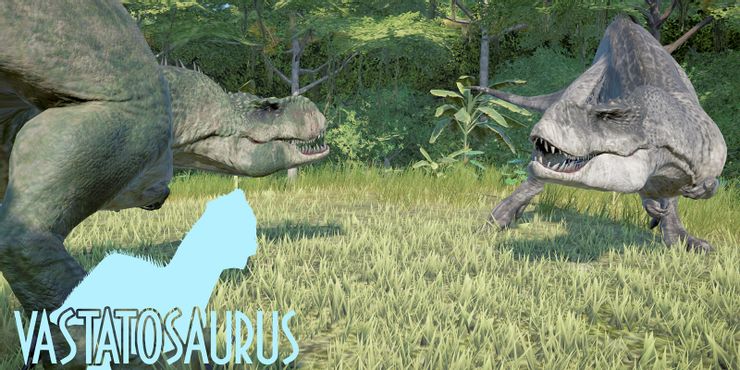 The Skull Island Dinosaur Pack mod by sweetener looks to create a crossover between the Jurassic Park series and the world of King Kong. According to the mod’s lore InGen scientists collected fossils from the sunken Skull Island and are giving life to the dinosaurs found there.

Iconic monsters from Skull Island like the Vastatosaurus, basically a T-Rex with a rhino-like horn, and the raptor-like Venatosaurus all make an appearance. It’s a neat idea that’s well done in this mod pack.

The Godzilla 1998 mod by The Toho Society recreates the creature from the iconic Godzilla movie. The massive lizard with spiny black scales will immediately become the main feature of any park it’s placed in.

It is worth noting that its not nearly as large as its movie counterpart, though players could argue it’s a younger version. This mod will also replace the Indominus Rex with Godzilla so there’s a definite tradeoff. But for fans of the movie or this dark kaiju it’s a solid mod to play with. 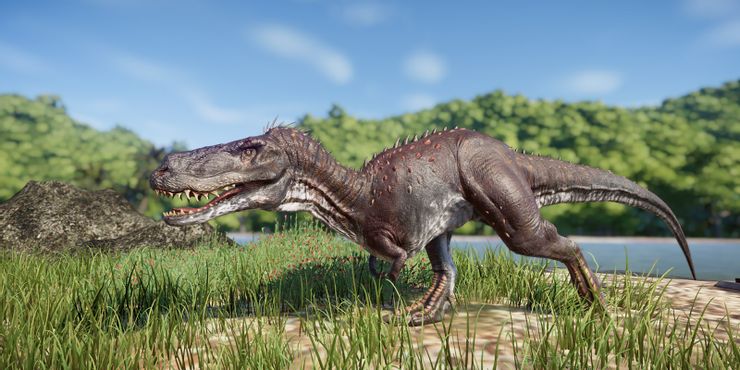 The Exotic Dinosaur Pack mod by sweetener replaces some of the dinosaurs in the game with more exotic variants. The strange Deinocheirus Mirificus makes an appearance with their duck-like noses. The raptor-like herbivore Effigia Okeefeae is also present.

Perhaps the most interesting of the group is the Eustreptospondylus Oxoniensis seems like an eerie cross between a T-Rex and a Raptor with spines covering it. For those that find themselves not using certain dinosaurs very much this could be a good trade.

The Woolly Rhino mod by Siaka looks to shake things up by replacing the Torosaurus, a dinosaur resembling a triceratops, with the Coelodonta, a Woolly Rhino. They don’t have any special requirements and simply act as a skin and model replacement, but they’re neat to look at.

Some players may be opposed to having hairy animals in their dinosaur park, but they certainly stand out and can be an interesting addition. They also go great with the abundance of Ice Age era mods that are out there. 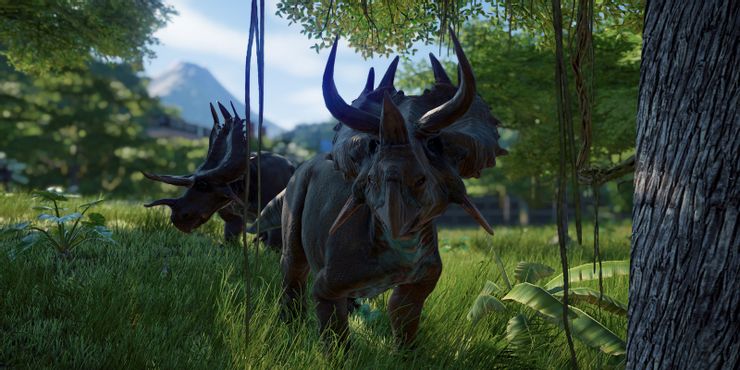 The Baturoceratops Seradorsus mod by sweetner might draw some confusion from Paleontologists and dinosaur enthusiasts because it doesn’t exist in the real world. The author known for his Jurassic World Evolution mods set out to create his own dinosaur and insert it into the game.

According to sweetner the name means “Warrior Horned Face” and is a variation of the traditional Ceratopsian species. It’s a great looking dinosaur that fits in with the lore of the world. Putting this alongside other manmade species like Indominus Rex is very fitting.

The Expedition Charter mod created by Kaiodenic is a great way to add more to do in the game. The mod is designed to overhaul how expeditions work making it more intuitive. For instance, rather than having fossils unlock per-species they unlock per dig site.

In addition to this tweak there are some changes to the mechanics and gameplay of Charters to make them more interesting and challenging. Players can now use The Black Market to find fossils that may have been obtained from locked dig sites for a premium.