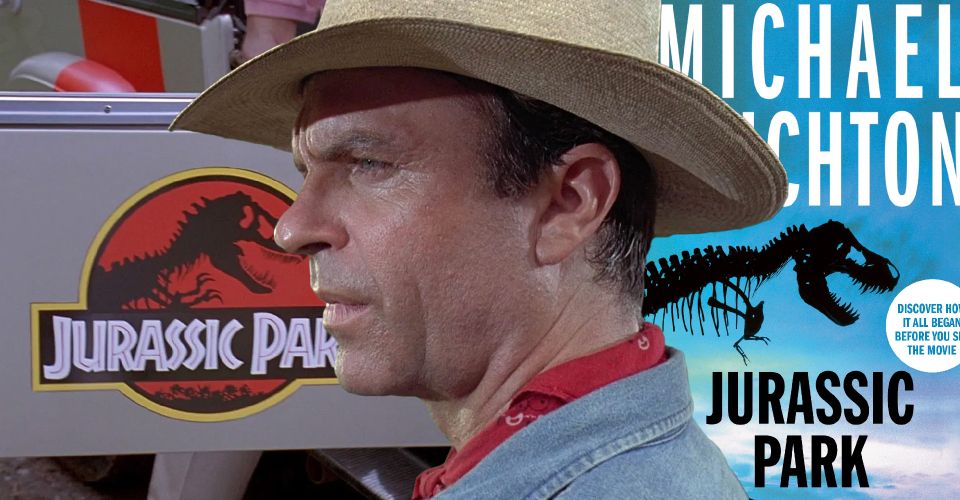 Jurassic Park differs significantly from Michael Crichton's novel, including which characters live and die, and some major parts of the story.

Jurassic Park is one of the most iconic and beloved films of all time, but it made some serious changes from the original Michael Crichton novel. From the landmark special effects to John Williams’s booming score, Jurassic Park stands both as one of the highest marks in Steven Spielberg’s prolific career, and as one of the most influential monster/adventure movies ever made. But how does it stack up next to the source material, and where do the two differ?

By the time Michael Crichton published Jurassic Park in 1990, he was already a huge name in the realm of contemporary science fiction. Crichton’s background as a doctor and someone with extensive knowledge of biological science helped him write hit novels like The Andromeda Strain (1969) and The Terminal Man, as well as more horror-styled books like Eaters of the Dead (1976). His fiction frequently grew from the scientific developments of the time, taking what had recently become reality and stretching a bit further back into a realm of fiction. Jurassic Park sprang from that same tried-and-true formula.

While the book was a big success and remains one of Crichton’s most popular, Spielberg’s film adaptation released in theaters three years later is arguably even more culturally impactful. While reading about dinosaurs is all well and good, seeing them on screen is still something to behold. Still, Crichton’s original version of the story is a masterwork of sci-fi, and it has some major differences from the film version. Obviously, there are numerous changes in the exact chain of events, the way the characters behave (and whether they survive), and notably which dinosaurs appear in Jurrasic Park - all of which create a different experience and story to the film. 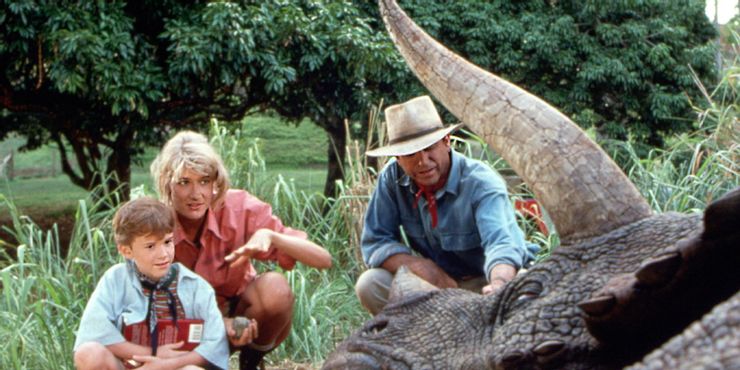 In the book, Crichton adopts a similar narrative structure to some of his other novels, starting out by showing different people in different places reacting to different parts of some mysterious scientific anomaly. The book opens with a little girl in Costa Rica being attacked by an escaped Procompsognathus. The scene does not appear in the first film, though The Lost World: Jurassic Park opens with a very similar scene. The girl describes the creature as a strange lizard, prompting locally based biologist Dr. Marty Guitierrez to do some research. Guitierrez is a significant -  if briefly seen - character in the book, appearing in the opening and closing sections, but not showing up in the movie at all.

Another prominent book character absent from the film is Ed Regis, Jurassic Park’s head of public relations. Regis serves mostly as a yes-man to John Hammond in the story, pitching an overly optimistic view of the park and immediately panicking once things start to go wrong. Scared by the escaped denizens of the T-Rex pen, Regis leaves the tour cars and attempts to flee, dying in a similar place and manner to the film’s version of lawyer Donald Gennaro.

Many Of The Characters Are Majorly Changed In Jurassic Park

While Crichton’s other primary characters all transfer over to the movie version, many of them a vastly different. Ellie Sattler for instance is much younger in the novel than she is in Spielberg’s film. In the book, she’s a graduate student of paleobotany, rather than a doctor in her own right, and her relationship with Dr. Alan Grant is more directly that of a mentor and mentee. Grant is similar in many ways, but his book-self is less curmudgeonly and doesn't dislike children. Lex and Tim are effectively swapped between the two versions, with Tim being the older, computer-savvy sibling in the book, and Lex being the younger child obsessed with dinosaurs. Dr. Henry Wu has a much larger role in the book.

The biggest changes lie in John Hammond, the billionaire founder of the whole Jurassic Park enterprise. In the movie, Hammond is portrayed as a charming, loveable, well-intentioned old man whose desire to create bold new things exceeds his ability to do so. He is largely to blame for the deaths that transpire in the story, but he also repents for his arrogance and finds a kind of redemption in acknowledging his failure. His last shot, looking out over his fallen kingdom before boarding the helicopter to escape, is a powerful and defining moment.

In the book, Hammond gets no such redemption. From beginning to end, he remains a self-interested capitalist who attributes all the park’s failings to other people and random chance. Crichton’s Hammond is despicable, especially in his plans to open the park even after all the crises have taken place. For his lack of recompense, he meets a less desirable fate than his film counterpart, but more on that later. Many of Hammond’s less likable traits were channeled into Gennaro for the movie – in the book, the lawyer is much more likable and capable.

The Characters Who Live And Die Are Almost Totally Different

In Spielberg’s film, only four main characters die – Gennaro, who gets eaten on the toilet, Muldoon, who’s killed by the velociraptors, Mr. Arnold, also killed by raptors, and Dennis Nedry, who’s killed by a Dilophosaurus. That body count changes significantly in the book, however, both in how many people die, and which characters.

For starters, Ian Malcolm dies from his injuries in the novel, before being effectively resurrected in The Lost World. Whether or not Crichton planned for Malcolm to stay dead is unclear, but when the first book ends, he seems very clearly expired. Two of the book’s deaths stay the same – Nedry and Arnold, who died in largely the same way in both versions. In the novel, Muldoon and Gennaro actually both survive the island, though Dr. Wu (who survives into Jurassic World in the films) is killed by a raptor attack. Ed Regis, the aforementioned PR chief, dies similarly to how Gennaro does in the film.

Perhaps the most notable difference is that John Hammond dies in the novel. After the power has been restored and the dinos mostly contained, Hammond declares his intentions to move forward with opening the park, and goes for a walk. While out, he’s startled by a recording of a T-Rex roar that he mistakes for being real, falls down a huge hill, and is devoured by Procompsognathus. His death makes the book’s closing message quite different from the film – a story of selfish ambition being an inescapable doom, rather than one about the alluring but impossible nature of control.

The Dinosaurs Attempt To Escape In The Jurassic Park Novel 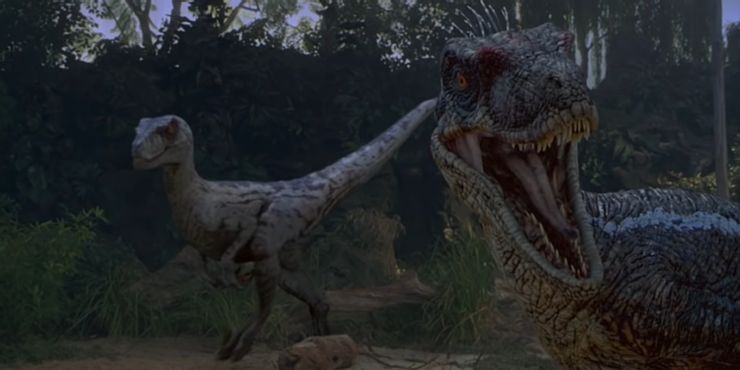 In Spielberg’s film, the core danger is singular – our heroes must survive the park and find a way to get the power back on. In the novel, there’s a second level of time pressure. The supply ship that leaves Isla Nublar during the storm is never mentioned again in the movie, but in the book, it holds stowaways – several young raptors hiding aboard. A big part of the rush to get the power back on in Crichton’s version is so that the survivors can radio the ship and get it to turn around, before unintentionally letting the dinosaurs escape to the mainland.

Jurassic Park Is Destroyed In The Novel

Jurassic Park the movie ends with the band of survivors escaping in a helicopter, presumably leaving the island to tear itself apart or create whatever strange natural order is seen in the later films. The book ends more dramatically, with the Costa Rican Air Force sending a bombing run to essentially destroy Isla Nublar. It’s a powerful moment and a nice effort to stop the spread of dangerous dinos, but it ultimately falls short as Jurassic Park’s last pages reveal some of the creatures managed to escape.

Where to Discover Dinosaurs in Texas

If you seek dinosaurs, look no further than Glen Rose, a...

Mother Dinosaurs May Have Protected Their Nests in Groups

Jurassic World 3's Opening Delivers On What Spielberg Dreamed Of

Jurassic World: Dominion will open by...

Jurassic World Evolution: 10 Mods For The Game You Have To Try

Fallen Kingdom’s main twist — if you can use...

There will be significant fan interest for...