'Friends': How Much Did Ross Geller Make as a Paleontologist? | Paleontology World

'Friends': How Much Did Ross Geller Make as a Paleontologist? 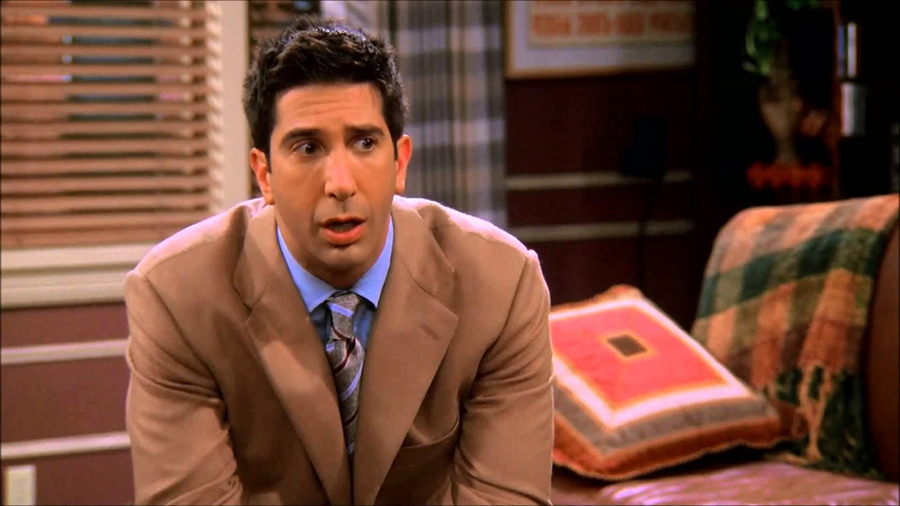 Ross Geller was the “successful” one in his mismatched group of friends. The only one with an advanced degree, it’s assumed that Ross is the smartest of the group, and most likely the highest-paid. After all, a shiny Ph.D. generally commands a pretty high salary. Ross, however, never mentions his salary, leaving fans to wonder exactly how much he was making, and if he was really that much more well off than his friends.

How much would Ross make in his first job?

According to Salary Expert, the average paleontologist can expect to make around $110,000 per year, with most senior paleontologists earning about $180,000 per year. There is a significant swing in salaries based on the employers of those in the field, too. For example, those working in the oil and gas industry tend to make substantially more than those who work in museums. Because Ross worked in a museum during the earlier seasons of Friends it’s safe to assume he likely brought home a pretty average base salary for the field.

How much would Ross have brought home as an NYU professor?

Eventually, Ross leaves the museum in search of a more significant challenge. While his tenure at New York University was a little rocky, he still likely pulled in pretty good money. Professor jobs aren’t always easy to come by, and those who manage to score one at a prestigious school are well compensated.

The salary of professors is mainly dependent on the university they teach at and their subject matter. Their designations also make a huge difference. A celebrated academic, for example, will make more than someone who is just starting out in their field. New York University is a pretty prestigious school, and because of this, they look to attract top talent in several major fields. Generally speaking, professors at NYU make more than professors at lesser-known institutions.

According to Indeed, the average NYU professor can expect to earn about $220,000 per year. According to Glassdoor, the average salary for a professor throughout the United States is $96,000. Professors at tier one and ivy league schools make substantially more than the average. It can be safely assumed that Ross was making at least $200,000 once he moved into teaching at the college level.

Could Ross really support himself on his salary?

Ross, overall, was pretty low maintenance when it came to the things he bought. Even as a professor, Ross’ tastes skewed a bit cheaper than average, save for a few ill-advised purchases, like leather pants. He was also notoriously careful with his money and didn’t like to part with it if he didn’t have to. Aside from rent, which would have likely cost around $3,000 a month, Ross’ only other significant expense would have been child support.

According to child support laws in New York, the non-custodial parent is on the hook for 17% of their salary for one child. Since Ross was the non-custodial parent of Ben, one can assume 17% of his net salary went directly to Carol and Susan. Even still, Ross would have had plenty of money left over at the end of every month. In fact, he’s probably one of the only group members who could really afford to live in Manhattan at the start of the show.