'Dinosaurs are Still Relevant': How a Sask. Man is Finding Fans with Prehistoric-Themed Comics | Paleontology World

'Dinosaurs are Still Relevant': How a Sask. Man is Finding Fans with Prehistoric-Themed Comics

Brayden Martens has loved comic books and dinosaurs for as long as he can remember, but it wasn’t until recently that he decided to combine both his passions into one.

Martens said he came up with the idea of a dinosaur-themed comic after toiling with the idea to create his own superhero. He decided that his love and knowledge for the prehistoric creatures could help educate and entertain.

The series is called Prehistoria: Age of Dinosaurs and now has three editions, something Martens did not see coming when he started this project.

“I didn’t expect to love it as much as I did. I thought it was going to be one issue and move onto something else,” The 29-year-old author told CTV Saskatoon.

“It’s just been so much fun, we’ve gotten so much positive feedback from the community and realizing that dinosaurs are still relevant.”

Martens paired up with Chris Simmonds, an illustrator from Scotland. Martens said after he saw some  Simmonds' work, Martens knew he was the person to bring his words to life.

In addition to the comic books, which can be found at local retailers in Saskatoon, Martens said he's also releasing dinosaur trading cards, and some special edition versions of his comics that he is using to help raise some money for the Ronald McDonald House Charities. 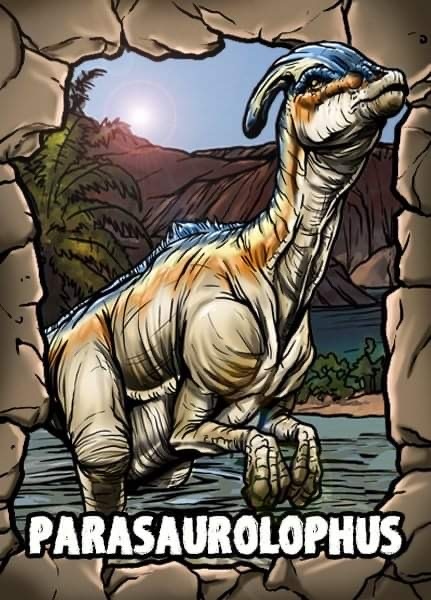 When he was younger Martens said he was frequently in and out of the hospital, making the Ronald McDonald House an easy choice.

“As a child it’s scary enough having to be in a different place, having pain, being in the hands of different people. I think the mission of having families together is just so important.” Martens said.

During the pandemic Martens said he has had a lot more time to work on the comics. He said that he has written 10 new additions, planning on releasing a few of them as they get illustrated and published.

Michael Giacchino is to return to the 'Jurassic...

When we think of marsupials (carrying young...

Scientists to Dig Jurassic Site in Wyoming this Summer

They're calling it the "Jurassic...