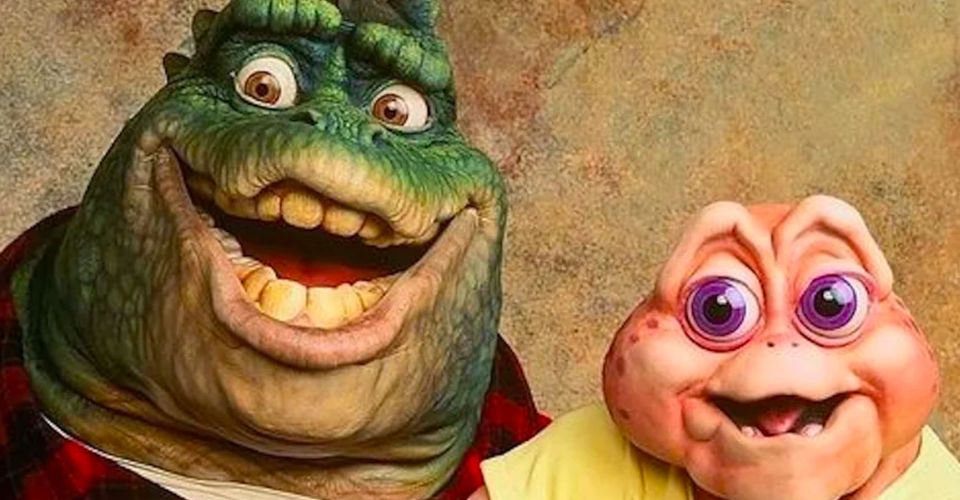 In order to make Dinosaurs so striking, a lot of work was put behind the scenes, which lead to a variety of fun facts and stories.

Remember Dinosaurs, the 1990s children's sitcom about a suburban nuclear family of Jurassic creatures? Today, it is fondly remembered as one of the most iconic shows on ABC's famous TGIF lineup. Dinosaurs was a visual feast and relic of its time.

The puppetry and animatronics were stunning, and watching it today provides a rush of nostalgia like no other. In order to make Dinosaurs so striking, a lot of work had to be put in behind the scenes, which lead to a variety of facts and stories that happened during the making of the show. Here are 10 things you probably didn't know about it. 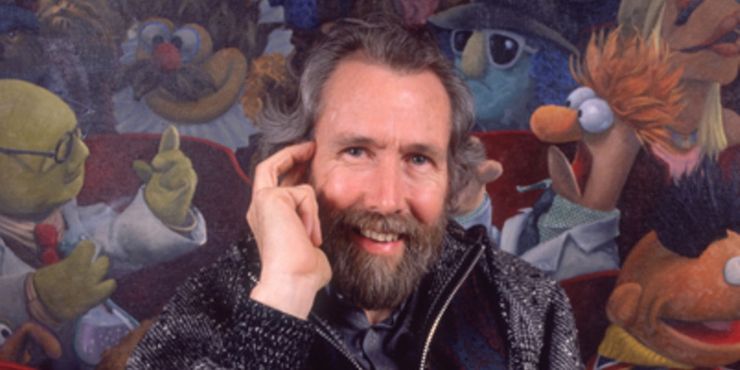 Legendary puppeteer and television producer Jim Henson tragically passed away in 1990, one year before Dinosaurs aired its first episode on ABC. However, the show still sprouted from the man's creative mind, as he came up with the idea back in 1988 whilst developing technology for the Teenage Mutant Ninja Turtles movie (more on that later).

Unfortunately, Henson did not live long enough to see his dino-vision come alive on screen, but the Muppets creator's influence is still all over the series, from the one-of-a-king aesthetic right down to the irreplaceable humor.

9 - The Dinosaurs' Names Are Oil Companies 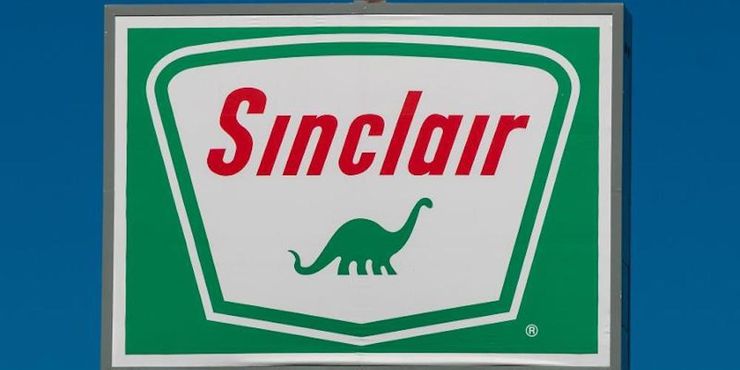 The primary family in Dinosaurs is the Sinclair family, transparently named after the Sinclair oil company whose gas station mascot is a giant green dinosaur. As kids, we may have been able to pick up on that one, but we probably missed how several of the other dinosaurs' names came from big oil corporations as well.

Roy Hess, B.P. Richfield, and Grandma Ethyl Phillips were all characters on the show. Reading their names today, we cannot help but notice a pattern, a cryptic nod to what these prehistoric beings would slowly turn into over a few million years. 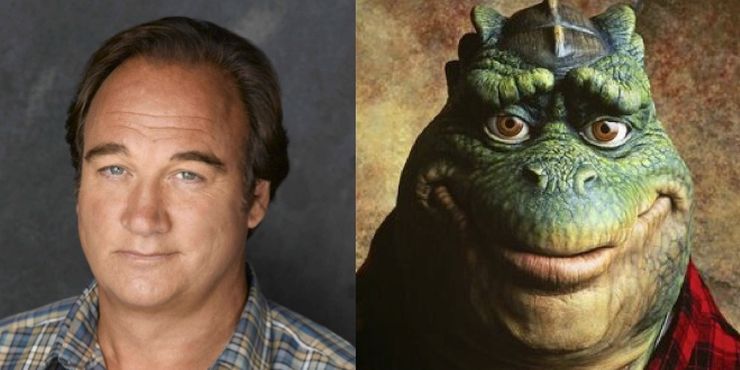 Earl Sinclair is the main character and blue collared patriarch of the Sinclair family on Dinosaurs. He was played by none other than Stuart Pankin, yet Pankin was not actually ABC's first choice for the role. The network originally offered the role to Jim Belushi, brother of comedy legend John Belushi.

Jim turned down the role of Earl because he wanted to become a movie star rather than a TV actor. Ironically, Belushi would eventually become best known for playing a family man in the hit sitcom According To Jim. His role on that show is not that different from Earl Sinclair... except, of course, According To Jim didn't have any dinosaurs.

7 - The Baby Shared A Voice Actor With Elmo 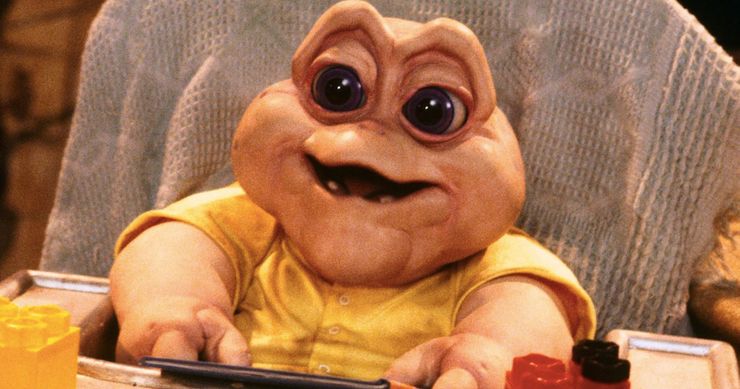 Ever noticed that the iconic Baby dinosaur in the Sinclair family had a familiar voice? One that sounds similar to that of a certain little red monster on Sesame Street? Well, such is probably because Dinosaurs' "The Baby" was voiced by Kevin Clash, the man best known for voicing Elmo.

Clash created Elmo's signature falsetto tenor and worked as the character's primary puppeteer from 1985 to 2012. Between 1991 and 1994, he evidently made time to voice The Baby as well. He also performed in Labyrinth, Teenage Mutant Ninja Turtles, and several Muppets films, more than giving back to the Jim Henson Company that launched his career.

6 - TMNT Led The Way For Dinosaurs 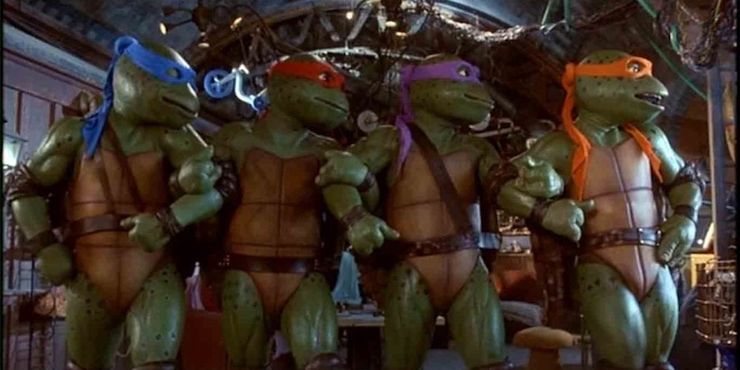 We promised we'd say more on how Teenage Mutant Ninja Turtles influenced Dinosaurs, well here it is! Not only did working on TMNT inspire Jim Henson to create Dinosaurs, but the 1990 film also provided his Creature Shop with the technology that would bring the show to life.

Animatronic costumes being operated remotely via radio controllers was very novel stuff in the early 90s. As an homage, there were tentative plans to have a crossover between the Turtles and the Dinosaurs, but the former being a New Line Cinema production and the latter a Disney property sadly ensured that this never took place.

5 - The Simpsons Tried To Mock The Series 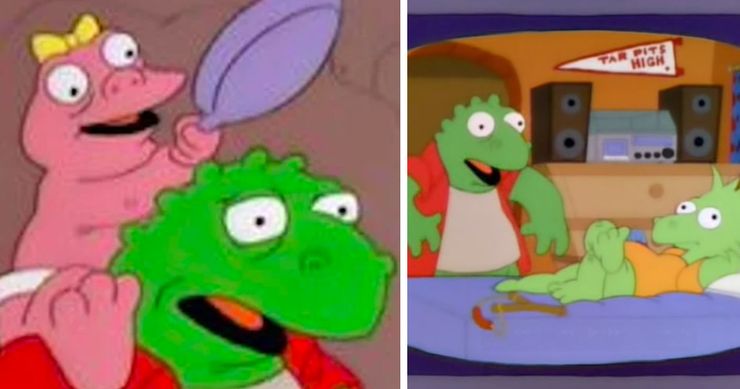 In 1992, Dinosaurs got jabbed at by another iconic family sitcom, The Simpsons. At the beginning of The Simpsons' season 3 episode "Black Widower," the titular family is watching a show that resembles Dinosaurs on their television.

Bart exclaims, "It's like they saw our lives and put it right up on screen," suggesting heavy-handedly that Dinosaurs ripped off The Simpsons. In reality, as we know, Henson conceived Dinosaurs in 1988, one year before The Simpsons aired its first episode. Still, getting mocked on The Simpsons is somewhat of a badge of honor, even if that badge is factually unwarranted.

4 - There Was Almost A Movie 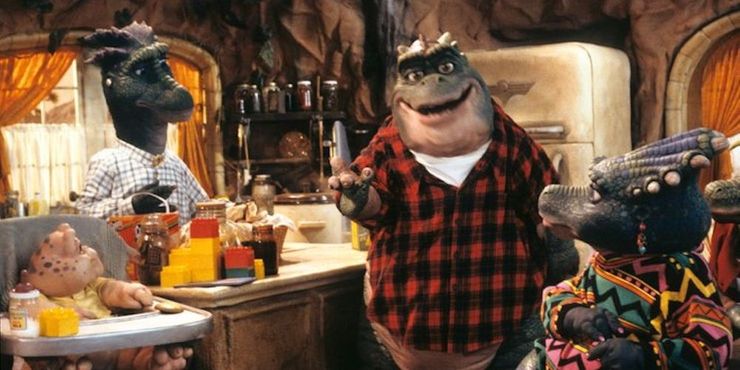 During Dinosaurs' fourth and final season, Disney was considering a feature film spinoff for the show. Unfortunately, the series was facing declining ratings at this point in its run, leading to its cancellation and no movie. Plans for the film were still just developmental by the time it got scrapped, so we have no idea what it would have been about, or whether it would have been a theatrical release or a television special.

From the likes of The Muppets Movie, though, we know that the Jim Henson Company usually does a fantastic job transitioning from TV to the movies. Seeing what they could do with Dinosaurs would've been a sure treat. 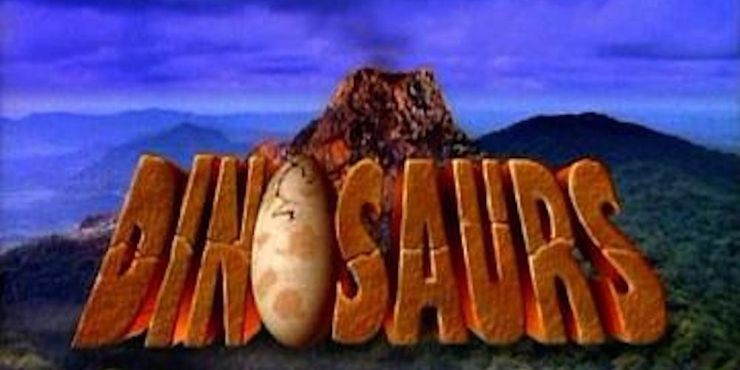 The Dinosaurs movie was not the only alternative media spinoff considered for Dinosaurs. For a while in 1993, Nintendo was contemplating making a video game based on the series for its Super Nintendo console.

Discussions for the game took place in a time when many popular TV shows were getting video game adaptations. These games rarely succeeded, though, often straying from their television source materials and facing scathing reviews. Thus, the TV-to-game model of the 1990s passed by the time Dinosaurs reached its height, and Nintendo lost interest in the project.

2 - It Was Outrageously Expensive 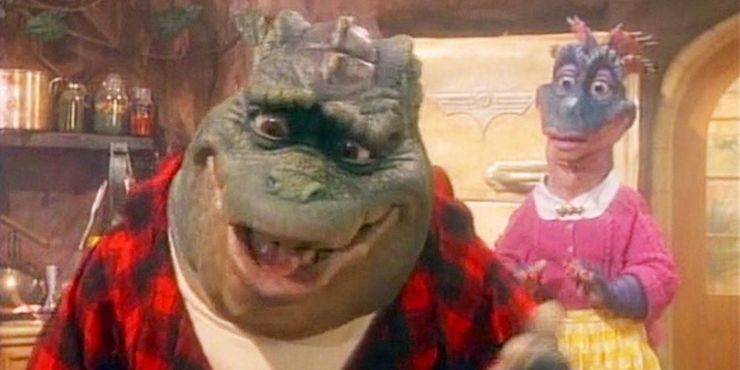 On top of the declining ratings, one of the biggest reasons that Dinosaurs met cancellation after its fourth season was the series' unbelievably costly budget. Each half-hour episode allegedly required over a million dollars to make. Between the elaborate sets, special effects, animatronics, puppets, skilled crews, and actors, the show was simply far too expensive to sustain.

Today, a million dollars per episode is somewhat standard for a sitcom, but back in the 1990s, the dollar went farther and shows were put together more frugally, placing Dinosaurs in a pricey class of its own.

1 - The Finale Was Planned From The Beginning 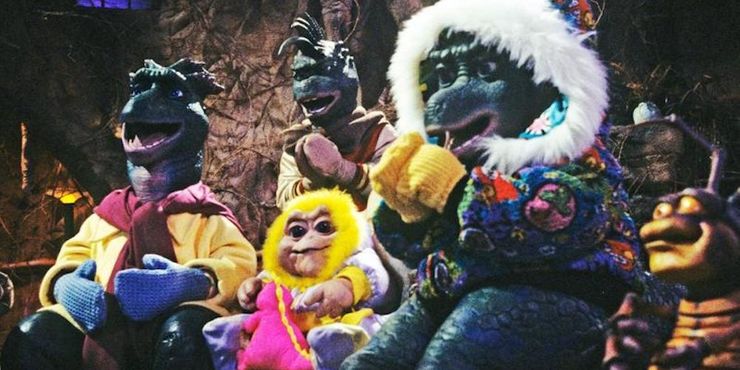 Dinosaurs' harrowing final episode remains far too ripe in our childhood memories. During the finale, Earl's company accidentally wipes out all vegetation on earth and then creates a global winter. The episode ends with the Sinclair family huddled in their freezing home as the outside world becomes an ice age.

Evidently, this is the end of dinosaurs everywhere and watching it more than frightened the show's young target audience. To make matters more disturbing, this ending was planned from the show's very beginning, as the creators always knew that extinction was on the horizon for the dinos and could not imagine wrapping up the series without depicting it.

When you think of the end of the dinosaurs...

What If ‘Jurassic World’ Was Real and Humans Lived With Dinosaurs?

What would happen if we found ourselves...

As lighthearted as it is at times with...