Did You Know “Jurassic Park” only Had 6 Minutes of CGI Runtime? | Paleontology World

Did You Know “Jurassic Park” only Had 6 Minutes of CGI Runtime? 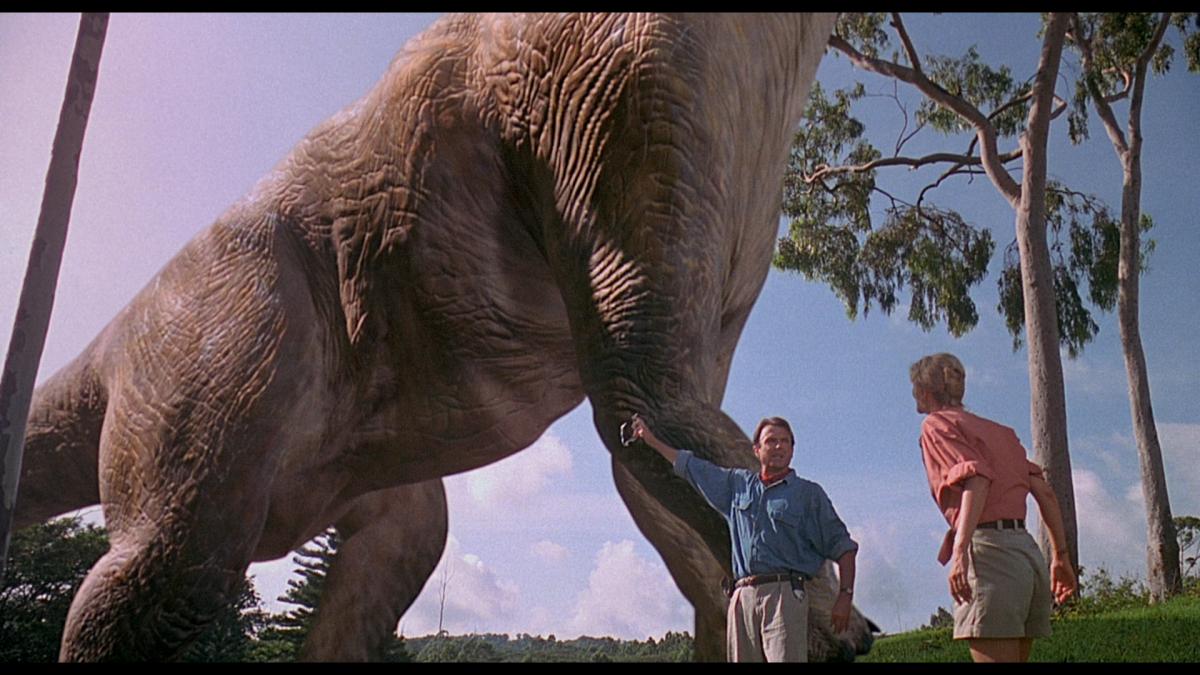 For all its intensity and impressive showing, the film Jurassic Park only had six total minutes of CGI runtime. When you really think about it though six minutes is an eternity in the scope of a film for any scene to play out. In some scenes you become so invested that an entire half hour or more can pass by without you even knowing about it. But in Jurassic Park, despite the impressive nature of the dinosaurs and their rampage throughout the park, the CGI was kept to a minimum since Steven Spielberg didn’t think that it would hold to intense scrutiny quite as well as the animatronic dinos would.

Most of the models within the film are very real, and were used in more than one scene throughout the movie. Some of them were even conceptualized as suits that would be worn by actors. But the CGI is something that people can look at and discern from the real surroundings since in truth it’s not really happening in real time on the set. If you look behind the scenes on any film that uses CGI, and there are a lot of them, you’ll see that the actors are usually being directed to follow a target with their eyes so as to show that they’re watching something pass by, come closer, and so on and so forth. Creating animatronic versions of everything would be an intense and very costly venture for any film set, but Jurassic Park made it work by integrating the story line with the dinosaurs so well that people were waiting with anticipation to see the creatures come bursting out of the foliage and scare the living daylights out of them.

That meant a lot of build up to the movie, which in turn meant that sound and visual effects could be used quite often to denote such a thing as the T. rex clomping its way forward. The impact tremors that you hear in the movie are not realistic since if you study anything concerning the effect of impact tremors and the likelihood of them traveling that far, you might find out that the T. rex was in fact capable of making such tremors. But given that it’s an early warning system and the T. rex is a hunter, it would be foolish of such a creature to do so. That was put in more for effect than anything, and the idea of not moving and having the T. rex lose them played more to the likelihood that the humans would escape without being chomped in half. In reality, the T. rex has been said to have a very keen sense of smell, so every last one of them would have been eaten if reality had been a factor in this movie.

But it’s for entertainment, so the paleontology lesson took a back seat at times to the wonders of Hollywood magic which is pretty normal. Spielberg did manage to listen to those paleontologists that he consulted with and that’s why the movie was as good as it was.

Godzilla is more than a monster at this...

Unexpected features in this dinosaur's teeth...

Stratigraphy: The Study of Rocks And Their Location Relative To Each Other

The ground beneath your feet is not...

Well it’s about time a movie director is...

A new genus and species of furileusaurian (...

The coronavirus pandemic has...

Everything You Ever Wanted To Know About The T. Rex But Were Afraid To Ask

Icons come and go, especially when it comes...