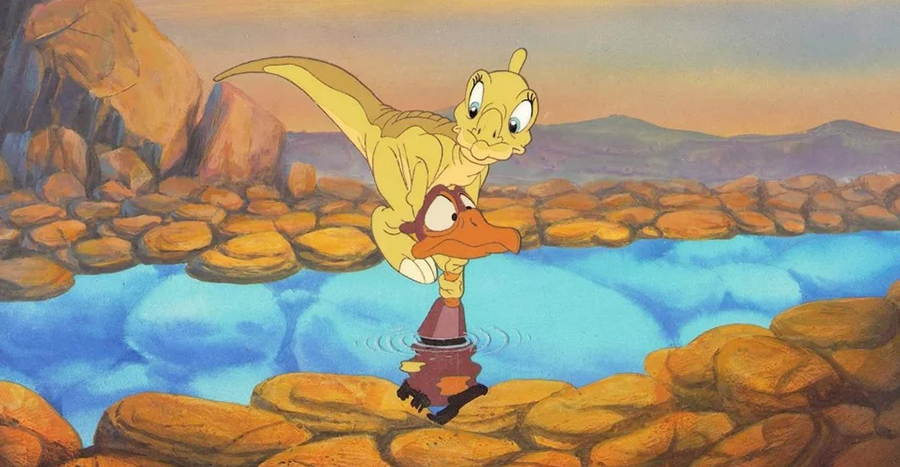 Dinosaur films don't have to be limited to the ones that take place inside theme parks. There are plenty of great dino films besides Jurassic Park.

Author Michael Crichton, no stranger to cinema, worked on the screenplay for Jurassic Park after writing the source material. Fortunately, his work was brought to life by a perfect storm of artists including Steven Spielberg, Stan Winston and ILM. And dinosaur depictions on screen were transformed forever, making it difficult to accept anything “B.C.”—before Crichton.

There has simply been a longtime misunderstanding of these mesmerizing, fascinating and beautiful animals. Jurassic Park may lack pure authenticity, due to hybrid designs and modification. But they do feel like genuine animals, rather than monsters. Still, other films at least capture a sense of fun, or boast impressive artistry. 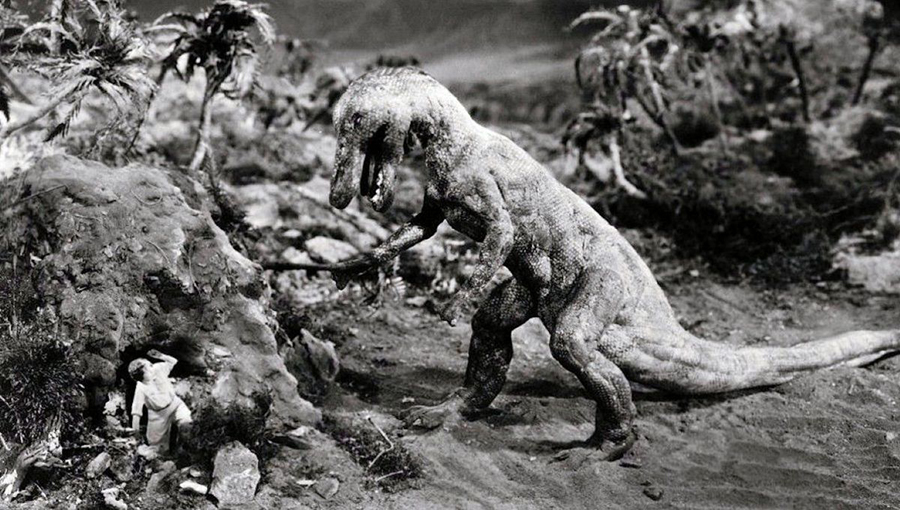 Only those with a ready inclination and adamant determination will be patient enough to revisit such movies. Truthfully, the dinosaurs ring false by most standards. But they do look impressive, particularly for the time. This was a crucial foundation for cinematic dinosaurs, and the plot is genuinely interesting thanks to Doyle’s source material. 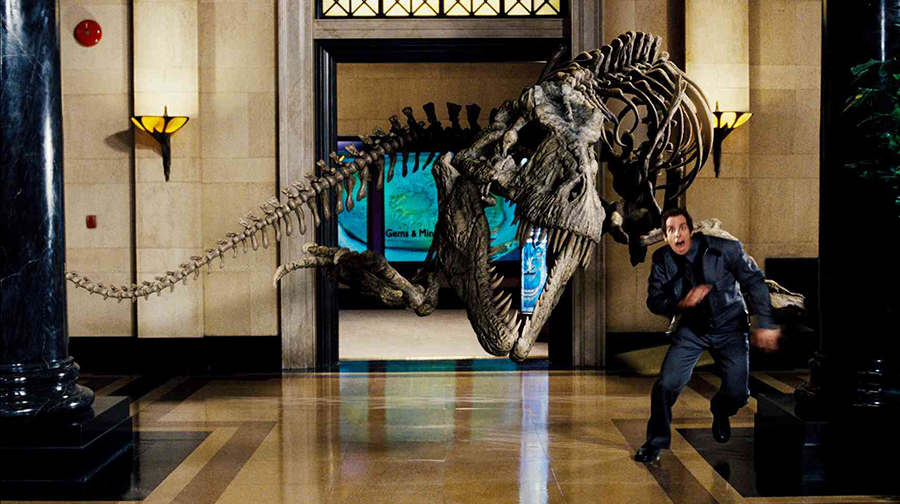 This may seem like a counter-intuitive selection, given that the only dinosaur is a set of walking bones. And it’s certainly true enough that the film is better suited for younger kids, more so than their parents. However, that demographic is often the time when dinosaurs most impress on our imagination.

Dinosaurs were larger than life, and the only true means of experiencing them anymore is through museums. This film assigns dog-like behavioral attributes, because they are distinctly easy to understand at any age. Making dinosaurs accessible in this harmless, cute way can at least invite young viewers to actually visit museums and learn.

8 - The Valley Of Gwangi 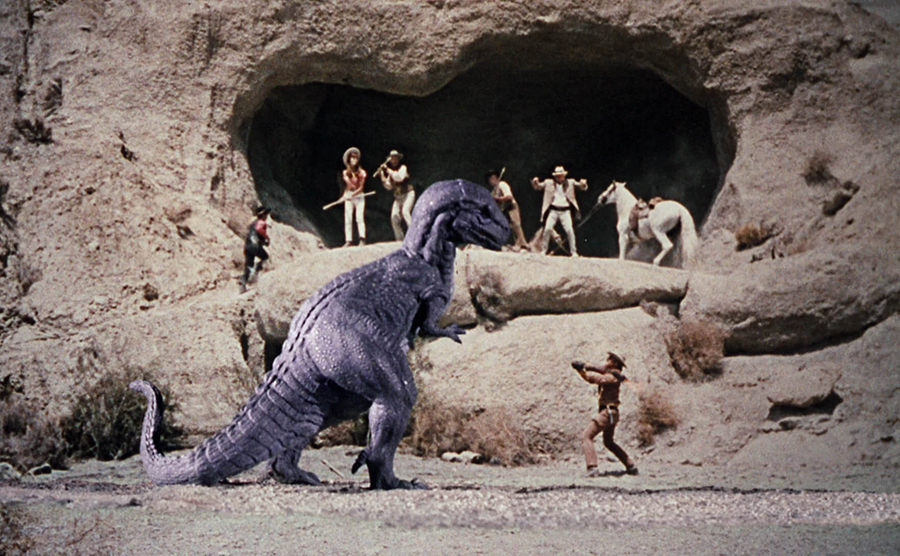 This may be a cult classic, but it’s hardly a good film. The characterization is on par with any melodramatic soap, and features redundant Western tropes, making it nigh impossible to invest. The plot revolves around a struggling circus, and an uninteresting romance hinged on poor dubbing. However, the film also has an ace up its sleeve.

Special effects master Ray Harryhausen single-handedly redeems the long-winded buildup. The creatures that he designed are truly spectacular to behold, and their interactions with people are unexpectedly seamless for the time. Anyone patient enough to reach Harryhausen’s incomparable work will be pleased. 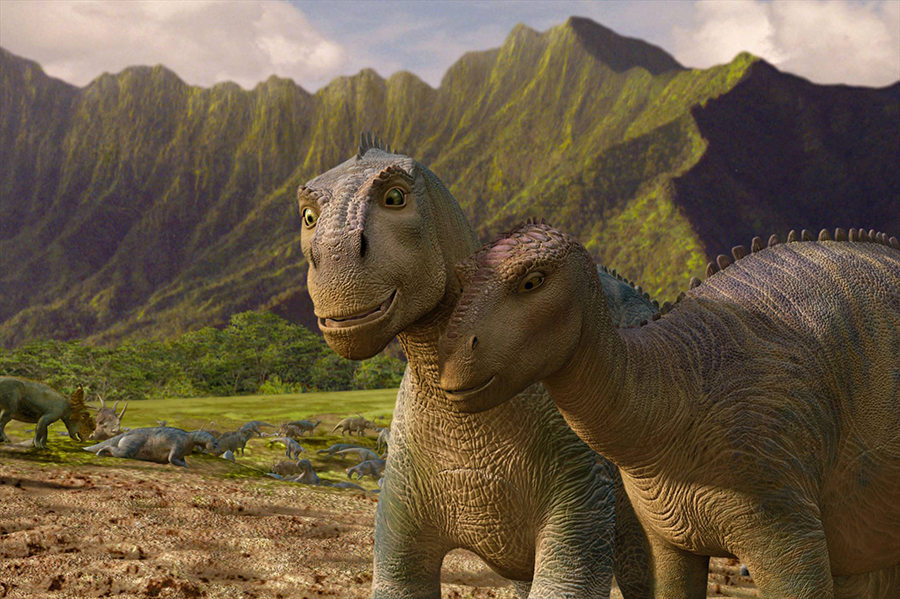 This film had the misfortune of releasing after Steven Spielberg’s dinosaur classic. So, the visuals were held to a higher standard than a fully animated film could probably muster. Which is a shame, because the CGI is actually very pretty and elaborate. But the plot is also rather uninspired, especially given how distinctly similar it is to The Land Before Time.

However, Disney surprisingly pushes its boundaries here. Usually friendly with the youngest of audiences, this film depicts tragedy and violence with unusual honesty. This has always been divisive, but many appreciate the change of pace, particularly given the setting at hand.

6 - Ice Age: Dawn Of The Dinosaurs 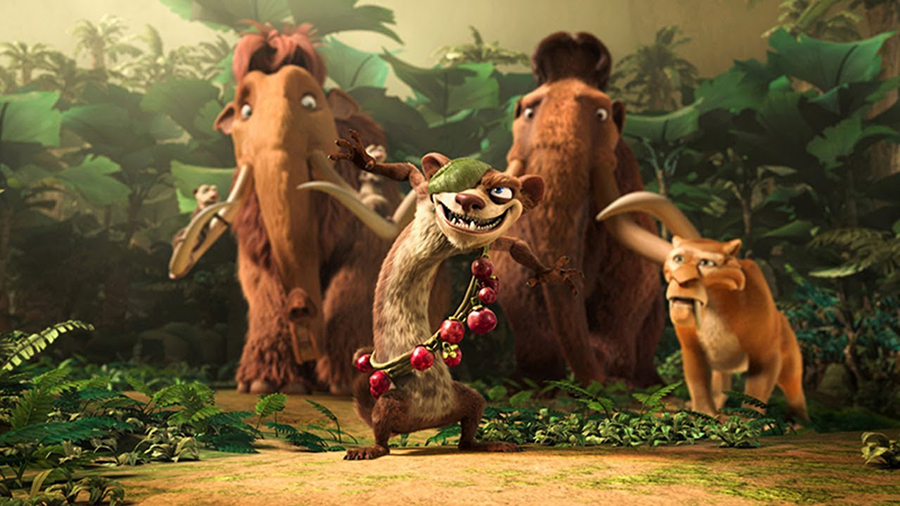 This franchise started off strong, and has unfortunately seen diminishing returns with every new installment. Even if the series has had its fair share of fun jokes, the escalation has become intolerable. The writers have seen fit to expand on the outrageous, when it was lovable characters that gave the series its legs.

This sequel introduces Buck, who is alternately loved or despised by viewers. But the dinosaurs themselves are plenty of fun, ignoring the absurdity of the premise. Fortunately, the plot is driven by Manny’s looming parenthood. Sid becomes attached to some baby dinosaurs, and predictably requires a rescue mission. It’s all silly, but surprisingly creative, and probably the last enjoyable installment in the franchise. 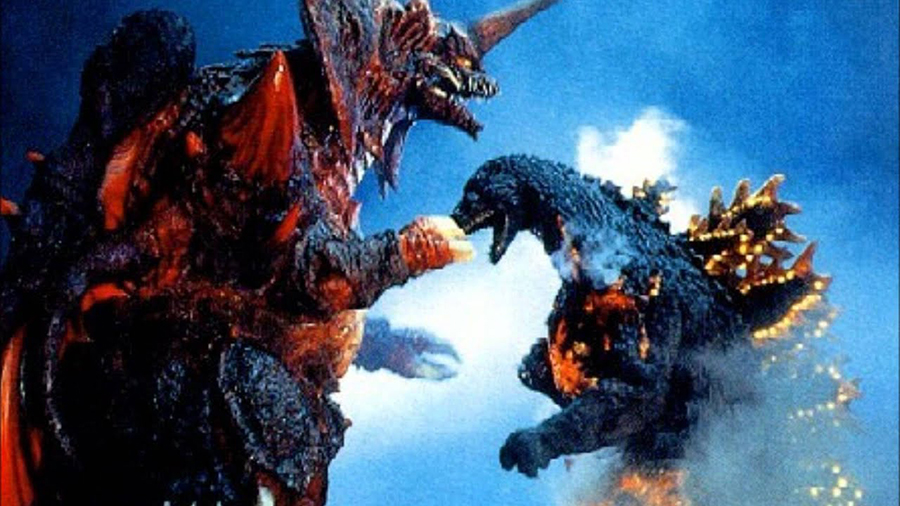 It’s frequently debated if Godzilla is a dinosaur, due to his constantly shifting origins. But the design was clearly inspired by dinosaurs. Just to be safe, the selection here refers to the Heisei Godzilla, who definitely had a “Godzillasaurus” origin. Truly the king, Godzilla has an iconic design in every regard. Everything from his roar to his abilities are memorable and exciting.

Godzilla's original symbolism was actually meaningful, even if subsequent films relied on cheesy fantasy and sci-fi fare. Still, this particular entry was an especially poignant one for fans, and the finality is totally unapologetic. The villain is born of the Oxygen Destroyer, and Godzilla loses his son. This touching finale is exactly what the Heisei Godzilla deserved. 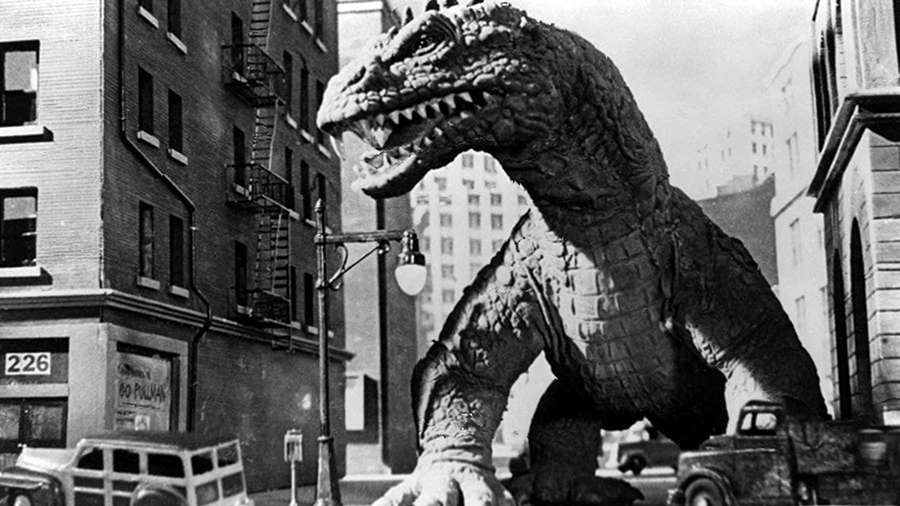 This fifties sci-fi classic strikes an unusually serious tone, possibly due to the source material by famed author Ray Bradbury. Its peers of the time would have been more interested in simple monster madness. But here, the protagonists are all scientists, and much of the dialogue includes unexpectedly rational thinking.

The film’s themes are actually very similar to hits like Godzilla and Jurassic Park. The ethics of scientific experimentation takes the forefront. Nuclear testing awakens an arctic creature, which subsequently heads south and attacks a city. It’s a well-paced film, enabling Ray Harryhausen’s charming, endearing and masterful execution of the titular beast.

3 - The Land Before Time 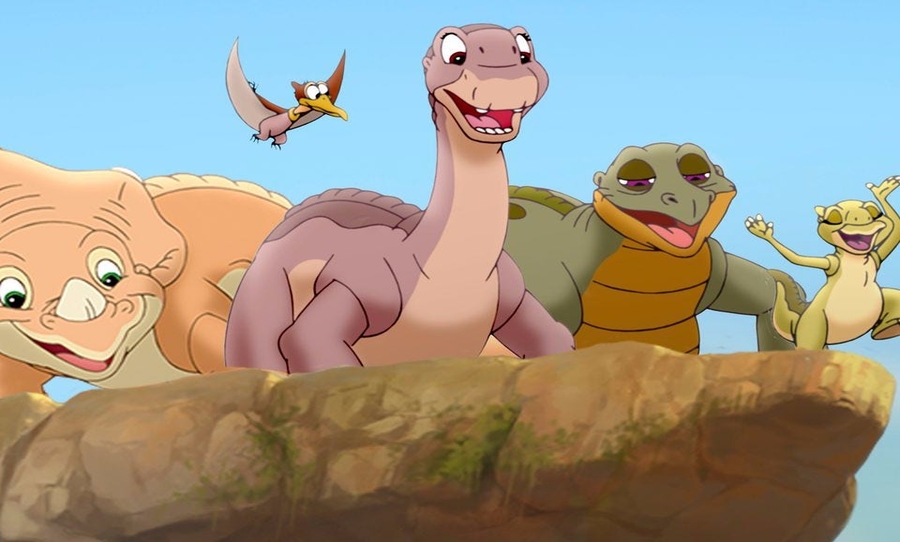 An adorable tale for kids, with fundamental and familiar themes of the genre. What sets this animated classic apart, is its memorable characters. The lot of them are easily distinguishable, and plenty of fun. The pacing of the film is a relief, barely exceeding an hour. Other animated films that are designed for younger audiences often overstay their welcome.

It’s unfortunate that so many sequels followed, each missing the original’s crucial novelty. The tone can be a little wacky and boisterous at times, but the animation holds up surprisingly well. Among the few other animated dinosaur films, this original adventure has the most heart and joyfulness. 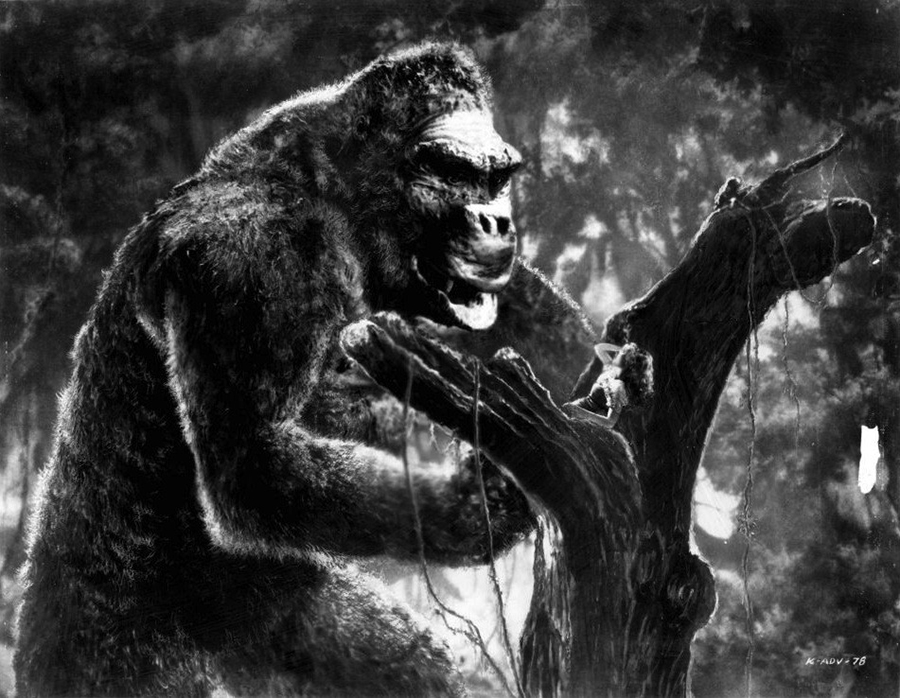 One of the few old adventures that still holds up, even against modern-day storytelling and effects. The film is a technical marvel, breathing life into enormous creatures. But most importantly, they have a tangible personality. The movie is also wildly creative, even when it spins adventure tropes. The overall tone relies on mystery and suspense, and the city showdown was probably a massive shock for early audiences.

The action throughout is better staged than most films featuring dinosaurs or monsters, in any decade. True, the natives and gender dynamics haven’t dated so well. But everything else has, and even the performances are enjoyable for the time. The characters are interesting, the setup is magnetic, and the effects have a palpable enthusiasm. 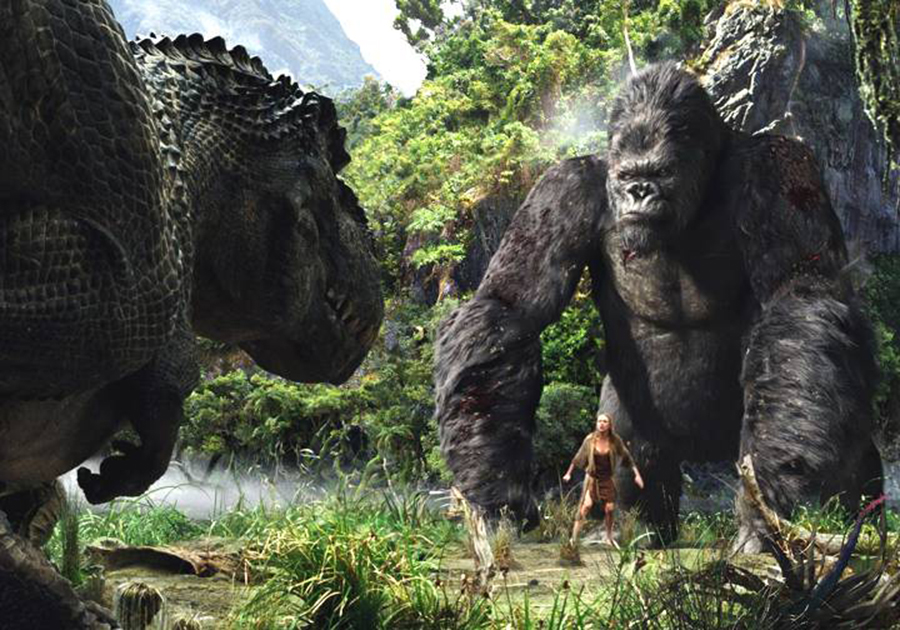 By sheer technical advantage, this film depicts dinosaurs in a superior way to the original. Post-Crichton, audience expectations require a certain kind of dinosaur on screen, and director Peter Jackson delivered. True, the action scenes feel rather splashy, but the dinosaurs are distinctly altered from their natural form. The visual effects here are mostly stunning, but the biggest change of all is Kong himself.

The famous ape is allowed a genuine, touching bond with Naomi Watts’ protagonist, really cementing the tragedy of the classic finale. Beyond mere attraction, Kong cares about her. Kong feels more human than ever, with a distinct personality. So, his dinosaur rivals are more villainous, but never simply monstrous. They are dangerous, convincing, and compelling animals.