Afrovenator (“African hunter”) is a genus of megalosaurid theropod dinosaur from the middle Jurassic Period of northern Africa. It was a bipedal predator, with three claws on each hand.

There is one named species, Afrovenator abakensis. The generic name refers to its predatory nature, and its provenance from Africa. The specific name refers to Abaka, the Tuareg name for the region of Niger where the fossil was found. The original short description of both genus and species is found in a 1994 paper which appeared in the prestigious journal Science. The primary author was well-known American paleontologist Paul Sereno, with Jeffrey Wilson, Hans Larsson, Didier Dutheil, and Hans-Dieter Sues as coauthors. 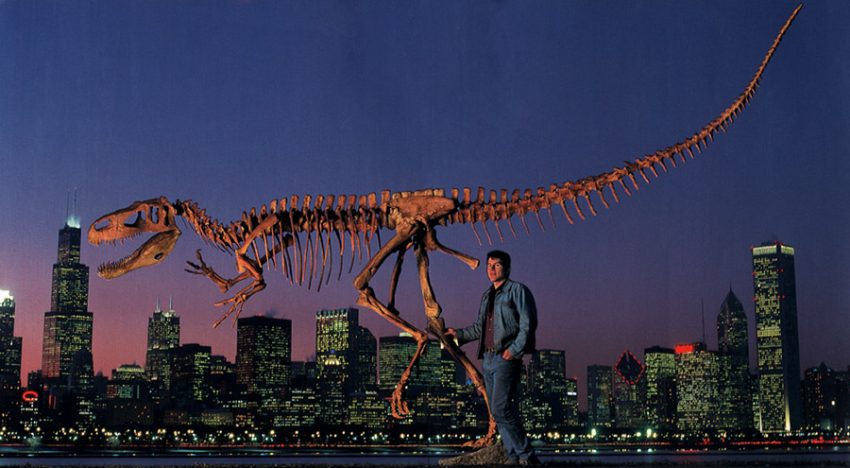 The remains of Afrovenator were discovered in 1993 in the Tiourarén Formation of the department of Agadez in Niger. The Tiourarén was originally thought to represent the Hauterivian to Barremian stages of the early Cretaceous Period, or approximately 132 to 125 million years ago (Sereno et al. 1994). However, re-interpretation of the sediments showed that they are probably mid-Jurassic in age, dating Afrovenator to the Bathonian to Oxfordian stages, between 167 and 161 mya. The sauropod Jobaria, whose remains were first mentioned in the same paper which named Afrovenator, is also known from this formation.

Afrovenator is known from a single relatively complete skeleton, holotype UC OBA 1, featuring most of the skull minus its top (likewise the mandible, or lower jaws, are lacking apart from the prearticular bone), parts of the spinal column, partial forelimbs, a partial pelvis, and parts of the hind limbs. This skeleton is housed at the University of Chicago. 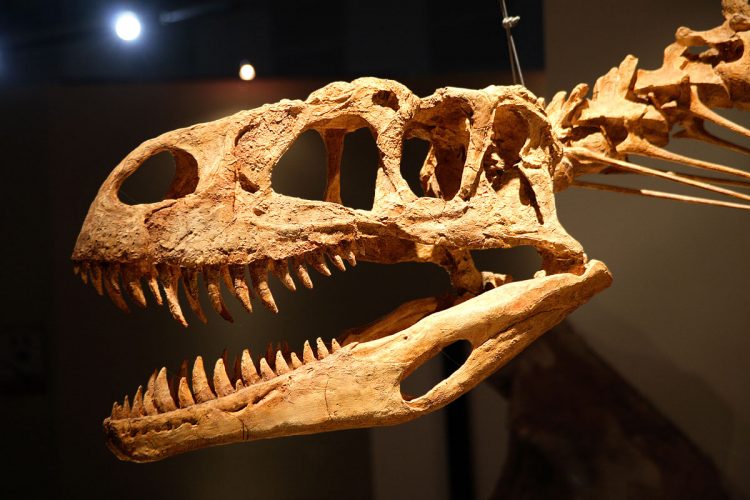 Most analyses place Afrovenator within the Megalosauridae, which was formerly a “wastebasket family” which contained many large and hard-to-classify theropods, but has since been redefined in a meaningful way, as a sister taxon to the family Spinosauridae within the Megalosauroidea.