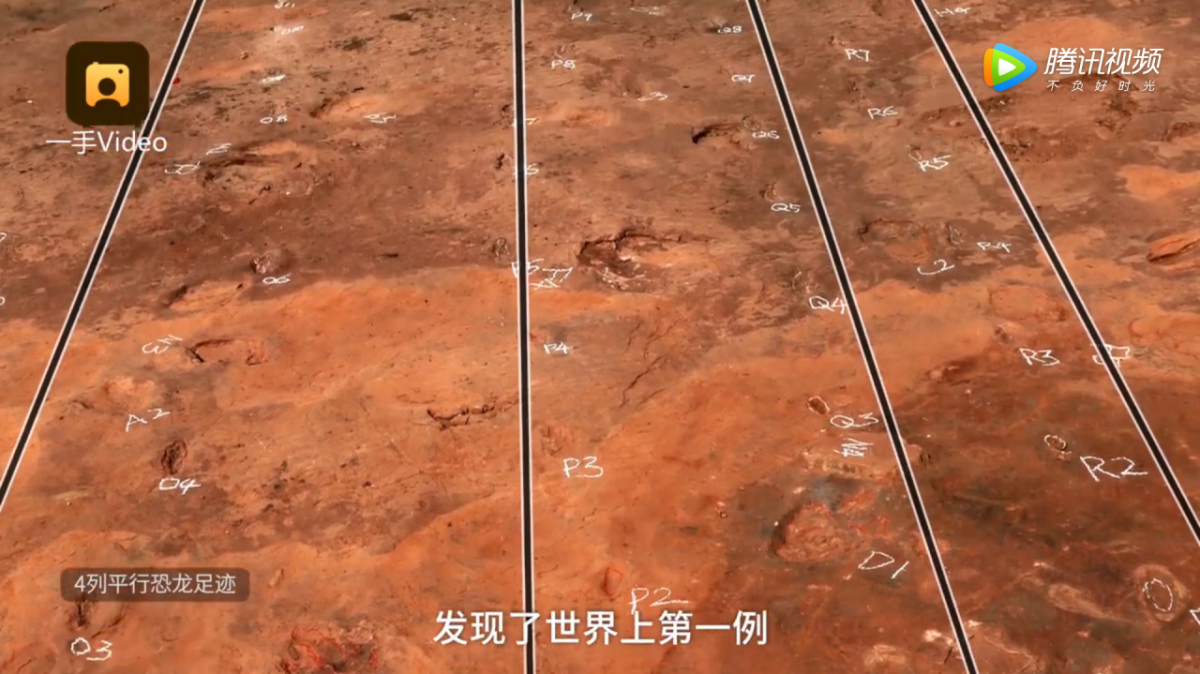 Scientists from China, United States and Australia have discovered over 300 dinosaur footprints in a village in Shandong Province in east China, providing the first evidence of social habits among one family of feathered dinosaurs.

Among the 300 footprints, 70 belonged to Dromaeosaurid, a family of feathered theropod dinosaurs. Notably, four parallel tracks were found on the site, a local news outlet reported.

According to Xing Lida, a dinosaur footprints expert at Beijing-based China University of Geosciences, the tracks of footprints, each about 8 centimetres long, suggest the dinosaurs travelled together, a typical sign that they lived in groups.

“Most of dromaeosaurid footprints found in Gansu Province [northwest China] in 2012 indicated the dinosaurs lived alone,” said Xing. “But our discovery this time is solid evidence to support the notion that they are social for the first time.”

The location of the footprints, a well-preserved but unprotected site, sits in a mountainous area in Shandong's Tancheng County.

Xing stated that although dinosaur footprints have been found in over 100 places in China, many are not well-preserved due to the absence of funding or natural conditions. The footprints of Dromaeosaurid and six other dinosaur species in Tancheng County are all in well-preserved situations.

In early June, a group of animal footprint fossils thought to be more than 541 million years old were found in central China's Hubei Province.