The first find of an Australian dinosaur was a partial skeleton found on Cape York. Later named Agrosaurus, this small plant-eater from the Triassic period was found during an exploration of the area by HMS Fly. A large claw of a meat-eating dinosaur was found near Inverloch, Victoria around the turn of the Century and bones of a long-necked sauropod dinosaur, Rhoetosaurus, were found near Roma in Queensland in the 1930s. Other dinosaurs include a plant-eater similar to Iguanodon that was later named Muttaburrasaurus and a small armoured dinosaur named Minmi.

It was not until the 1980s and 1990s that significant numbers of dinosaurs began to be excavated from Australia. These principally came from excavations at Dinosaur Cove in Victoria and Lightning Ridge in New South Wales. Most of these fossils are from dinosaurs that are new to science and are still being studied.

Why are there so few Aussie dinosaurs?
In the dinosaur stakes, Australia was dealt a poor hand for a number of reasons. Firstly, when dinosaurs were roamed the earth, there were few places where the right kinds of rocks were being deposited. Dinosaurs tend to be preserved in sediments laid down by rivers and lakes. During the reign of the dinosaurs most of Australia was covered by a shallow sea.

Secondly, since the age of dinosaurs, there has not been much mountain-building in Australia. If land is lifted up and eroded back, it’s possible to see into the rock beds and find the fossils inside. This has happened in a number of the worlds famous dinosaur deposits elsewhere in the world but not here in Australia.

Lastly, compared to many other places in the world, Australia has very few paleontologists looking for fossils and a very large area to cover. This is slowly changing and the recent increase in dinosaur fossil finds is a result of more paleontologists getting out and digging around.

What do Aussie dinosaur fossils tell us about Australia in the age of dinosaurs?
During the age of dinosaurs Australia was much closer to the South Pole than it is now. This meant that Australia was much colder than it is today and that there were long periods of darkness each year. Dinosaurs such as Leaellynasaura are small with large eyes. It is unlikely that they could have migrated in and out of what is now southern Victoria so they must have been able to see in low light conditions and keep warm in the long, cold winters.

Australia was also connected to Antarctica and South America during the time of the dinosaurs. This allowed some movement of dinosaurs and other animals across continents that are now separated by vast oceans. Similarities between some Australian dinosaurs to others found on the other southern continents indicate a long history of movements back and forth between Australia and neighbouring continents.

What else lived with the dinosaurs in Australia?
Australia has a very good record of the animals that lived in the seas while dinosaurs roamed the land. Long-necked plesiosaurs such as Woolungasaurus were preyed upon by their short necked relatives Kronosaurus. Ichthyosaurs torpedoed through the water like modern dolphins. Ammonites and huge platey relatives of oysters filled the waters and covered the sea floor.

On the land there was a range of turtles, crocodiles and other smaller reptiles as well as a few mammals related to modern platypus and echidna. The air was home to several types of flying reptiles but their fragile bones were rarely fossilised. Toward the end of the age of dinosaurs birds made their first appearance in Australia, poised to take over from the dinosaurs after the great Cretaceous Extinction. 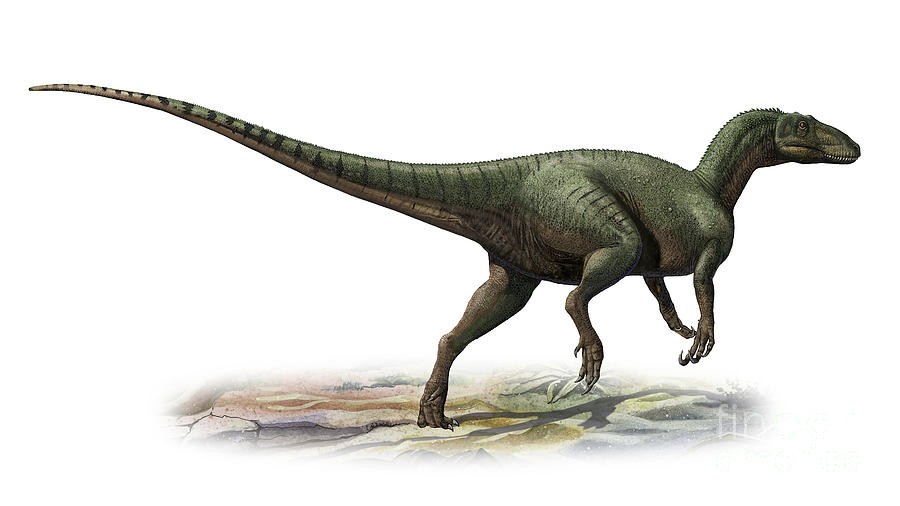 os-TRA-loh-VEN-ah-tor (Australian hunter) Australovenator was one of the first ever large carnivores to have been found in Australia. Now, that’s saying a lot, considering that dinosaurs in Australia didn’t grow as large as their mainland cousins. At 6 meters in length (20 ft), it was a slender, agile killer.

RAH-pa-tore The name could have been a pronunciation error by a German paleontologist that tried to pronounce “raptor” but whatever. The name’s there. Rapator is known from only one fossilized finger, and is NOT even a raptor. It may have been the same kind of animal as Australovenator!

oz-RAP-tore (Australian thief). Like most Australian dinosaurs, Ozraptor is known from a few body parts, in this case, a tibia. Or part of one. It lived in the Jurassic period 175 million years ago.

dye-AH-man-TEE-nah-saw-rus (Diamantina lizard) Named after the river that it was kinda sorta found near at, Diamantinasaurus was a relatively small titanosaur, at 15–16 m (49–52 ft) in length. It was one of the other dinosaurs described in 2009, along with Australovenator.

WIN-tone-OH-tie-tan (Winton titan) Wintonotitan was much like Diamantinasaurus, the only thing is that its bones were not as thick. Not much is known about this Early Cretaceous Australian titanosaur.

ree-TOH-saw-rus (Rhoetos lizard) Named after the Greek Titans of old (well not as old compared to the dinosaurs), Rhoetosaurus was a medium sized animal for its family, at 15 meters in length (50 ft). Described in 1926, authors have since then misspelled its name like “Rhaetosaurus”, or “Rheteosaurus”. Some have even have called it Rapetosaurus, although that is another sauropod living in Madagascar.

muh-TAH-buh-rah-saw-rus (Mutaburra lizard) Living in Australia must be fun, considering you have weird names for places. Naming dinosaurs after weird places would be even more fun. Muttaburrasaurus is one of the most well known dinosaurs from Australia (and that’s a lot, considering that Australia doesn’t have a lot of fossils to offer). Reaching up to 8 meters in length (26 ft), it was a type of iguanodont, a family that would give rise to the hadrosaurs.

lee-ay-lyn-AH-saw-RAH (Leaellyn’s lizard) One of the very few dinosaurs to be named after a girl, Leaellynasaura was a small, 3 meter long (10 ft) herbivore that lived near the polar circle. At the time, Australia was near the South Pole, and although the climate was warm, the occasional winter did bring some snow. 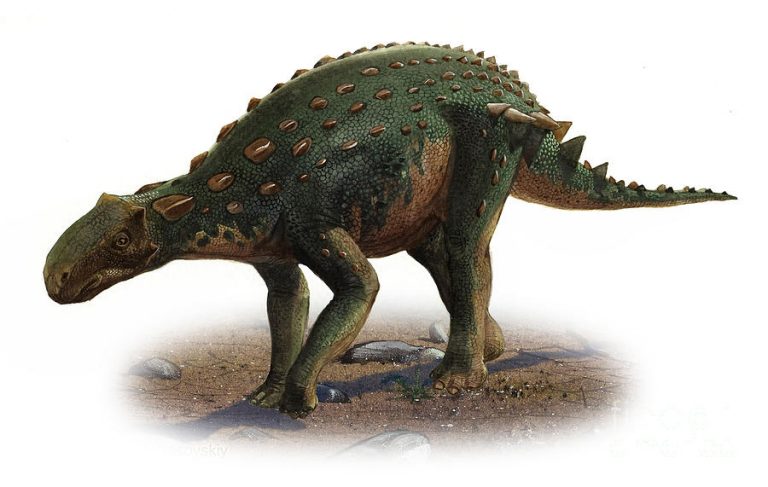 meen-me Named after Minmi Crossing where it was found For many, many, many years Minmi was considered to have the shortest name of any known dinosaur. Then came along Mei and Kol from Asia, and Zby from Europe. It was a small dinosaur, at 3 meters (10 ft), and was relatively well protected. However, the size of its brain compared to the size of its body was way off, meaning that Minmi wasn’t the brightest in the dinosaur world.