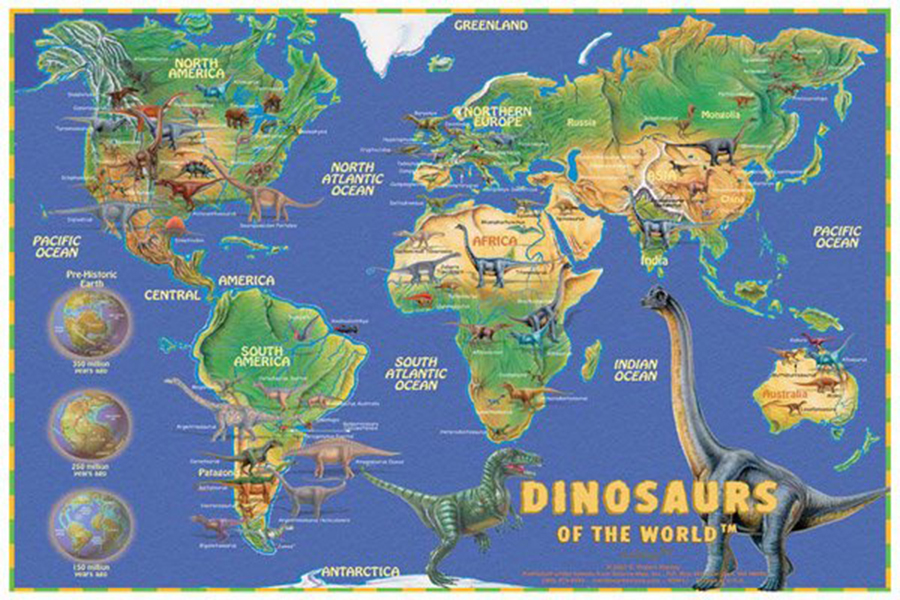 Like many children, I went through a dinosaur phase. The idea that instead of people, these giant lizard monsters roamed the earth both terrified and intrigued me. So when my teacher told us that dinosaurs lived in our area too, I needed to find out more. This primarily involved digging holes in the woods looking for dinosaur bones, then finding said holes a few weeks later and trying to convince myself they were actually dinosaur footprints. (Deep in my heart, I knew the truth.)

But that was all before the internet. Kids today have access to all kinds of dino and other information with a few clicks, including this map that shows which dinosaurs lived in your area. Here’s how to use it.

How to use the dinosaur map

First of all, credit for this map goes to California paleontologist Ian Webster, who is also behind a number of other interesting tech projects. Using the map is pretty straightforward. Enter your hometown (or any area you’re interested in exploring) and get ready to learn some facts. The map defaults to 240 million years ago, but you can change that via the drop-down menu at the top of the page. You can also select a specific period through the drop-down menu on the right, from the “first multicellular life” all the way through “dinosaur extinction.”

Directly under the box where you entered the name of a place, you’ll find a few examples of the dinosaurs and other early creatures that lived in the area, based on the fossils found in the region. Another fun feature is to take it all the way back to 750 million years ago, and see where on earth your city was geographically located. Then as you change the dates to get increasingly more recent, you’ll get a look at how continental drift worked and how we ended up in our current locations on the planet.

Aside from being a useful teaching tool, Webster also designed the map to be fun, he told CNN:

“It is meant to spark fascination and hopefully respect for the scientists that work every day to better understand our world and its past,” he said. “It also contains fun surprises, for example how the US used to be split by a shallow sea, the Appalachians used to be very tall mountains comparable to the Himalayas, and that Florida used to be submerged.”

When Jurassic Park Came Out, People Didn't Think It Would Win The Box Office

What do you think of when you hear the...

'Dueling Dinosaurs' Fossils Show Triceratops, T. rex, May Have Died After a Battle

About 67 million years ago, two iconic...