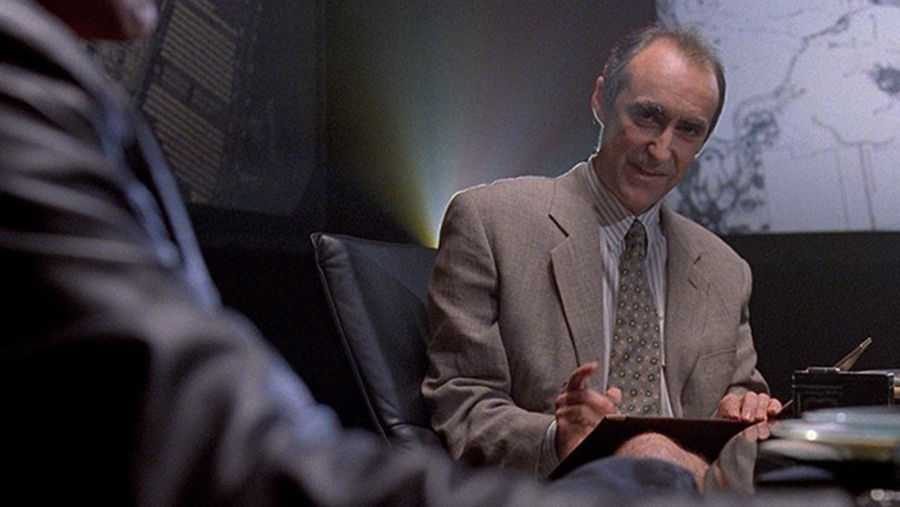 His name is Donald Gennaro, and he is the lawyer who represents “the investors” in John Hammond’s theme park called "Jurassic Park".  From the moment we meet him, we know he is a shithead. Here are five things we figure out about Donald over the course of the iconic 1993 film, Jurassic Park.

1. Donald Has A Terrible Sense Of Style 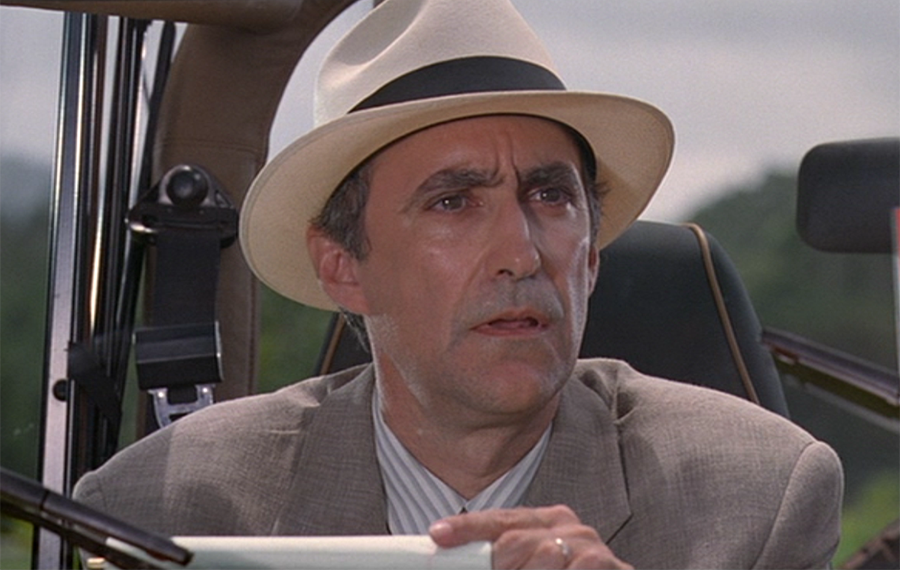 Donald is clearly a square whose only trips to the tropics have probably consisted of all-inclusive resorts and poolside service.  We know this because he dresses like a real dork. He wears a formal, straw hat that matches his stupid suit that has shorts instead of pants. God he looks dumb. Dr. Grant is a digger. He lives for discomfort. He’ll always wear his hearty khakis and have his wide-brimmed hat. The same goes for Dr. Sattler. Dr. Malcolm is very cool and his all-black garb is his way of saying that his smooth intellect is always with him. These three characters have outfits that earn respect. But Donald, what a jerk!

3. Donald Hates Poor People
Donald is also an economic elitist. He believes that the park should only cater to the “super rich” as he suggests tickets should be $10,000 per day (in 1993 dollars). When scolded by Hammond who reminds Donald that Jurassic Park is for everyone, Donald snidely remarks that, sure, there can be “coupon day.” He then laughs at his own suggestion, thinking himself to be very very clever. What a clown.

4. Donald Hates Kids
Dr. Grant claims to hate kids and he even says they smell, but when the rubber hits the road, he cares for Lex and Timmy as a compassionate father. Donald, on the other hand, scolds the kids for playing with some equipment in the Jeep because he assumes it’s expensive. Hey Donald, that stuff isn’t yours so it doesn’t harm you if they break it. As a matter of fact, their grandfather owns all of that stuff, and I doubt he would care. You just like yelling at children, don’t you Donald?

5. Donald Died Hiding In A Bathroom, But Was Probably Not Taking A Sh*t. 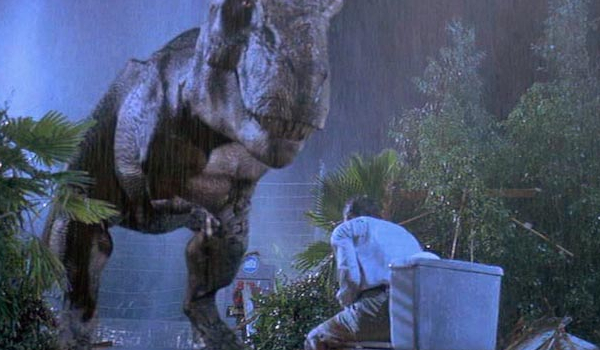 Afraid of the T. Rex, Donald runs out of the car and into a bathroom that was basically a flimsy tiki hut.  A little while later, the T. Rex slams into the bathroom, knocking everything over except for Donald, who is sitting on a toilet.  The T. Rex then eats him. It was always funny knowing that Donald died while taking a sh*t.  But, if you slow down the scene, you can see that Donald’s pants – I mean suit shorts – are still pulled up, meaning he either was not taking a sh*t, or he was simply shi**ing in his shorts.

Bonus: Dr. Malcolm Is Partially To Blame For Donald’s Death
In an attempt to lure the Tyrannosaur away from Lex and Timmy, Grant and Malcolm get its attention with road flares and lead it away. Malcolm runs toward the bathroom where Donald is probably not taking a sh*t.  The T. Rex plows over Malcolm and the bathroom with it, leaving Malcolm wounded and Donald ready to be eaten. Perhaps Malcolm, still angry at Donald’s earlier “lack of humility before nature”, led the T. Rex to the bathroom with intentionality. Or perhaps it was a mistake Either way, had Dr. Malcolm run in a different direction, Donald would have lived a little longer. Thank you Dr. Malcolm!
Yes, it’s sad that Donald died.  No one deserves to be eaten by a T. Rex. But still, no one should be as uptight as Donald. Let all of this be a lesson to us not to be uptight, not to hate poor people or children, and not to wear shorts with our blazers.

A discovery by scientists at the University...

Paleontologists in Australia say they have...

Jurassic Park: John Hammond's 10 Most Memorable Quotes From The Movies

Jurassic World Gave The T-Rex Revenge On The Spinosaurus

There is so much to learn about the...

Please Don’t Do a Jurassic World Fast and Furious Crossover

At this moment it sounds as though the...